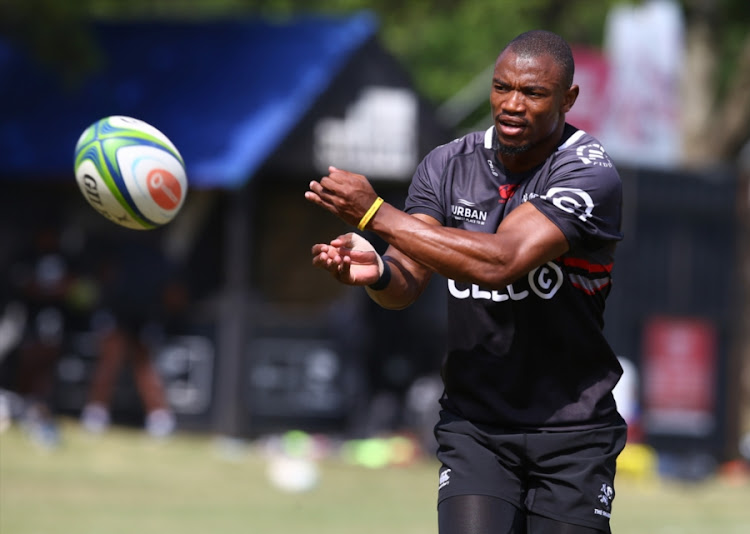 That assessment seems to have changed although the coach did not address Oosthuizen’s fitness directly when he named the squad.

“We have made a decision to move Thomas du Toit to tighthead this season‚” Du Preez senior said.

“We have chatted to [scrum coaching expert] Pieter de Villiers about it and Thomas is 100 per cent committed to the change.

"We are not going to vacillate with Thomas this season.”

Flyhalf Rob du Preez will team up with his father in what is a powerful group with 12 Springboks included.

Zas‚ a former Junior Springbok‚ missed last year’s Super Rugby with a serious knee injury‚ but in 2015 scored eight tries in 15 matches for the Stormers and will bring added firepower to the back division.

Du Preez junior starred in last year’s Currie Cup and twice delivered superb performances that led Western Province to victory over the Sharks in the final round of pool play and in the final.

The 24-year-old Du Preez‚ will also join his 22-year-old twin brothers‚ Jean-Luc and Daniel in Sharks colours. The latter two are both senior Springboks.

Lock Ruan Botha‚ has been made captain for the season.

“Ruan was handed the captaincy armband for last year’s Currie Cup campaign and led from the front with strong performances and showed growth as a leader‚ as the competition progressed‚” Du Preez senior said.

“I’ve been impressed with his maturity and hunger to improve not only his game‚ but to take forward the team’s ambitions as well.”

The squad consists of 25 forwards and 20 backs.

“It was hard to leave several guys out‚ which is one of the reasons we went with a 45-man group‚” Du Preez senior said.

“These are guys that could potentially all play Super Rugby and normally in a season you’d use 38-40 players.

“I’ve been impressed with the youngsters and there is going to be big competition for places this season.

"Our success will depend on how we utilise the squad but we will have to be smart about rotation.”

Blitzbok captain Phillip Snyman will put personal milestones aside as he leads the team in the defence of their Sydney title down under this weekend.
Sport
4 years ago

South African netball coach Norma Plummer would like to start measuring the Proteas in terms of victories against top teams‚ not narrow defeats.
Sport
4 years ago

The Blitzboks changed their usual travelling routine by arriving earlier than usual in Australia to prepare for the Sydney leg of the HSBC World ...
Sport
4 years ago

Stormers coach Robbie Fleck is backing Springbok centre Damian de Allende to find his best form again after a frustrating two seasons where he was ...
Sport
4 years ago

Just because they have a new coaching staff‚ don’t expect the Lions to abandon the fast-paced game that helped take them to consecutive Super Rugby ...
Sport
4 years ago