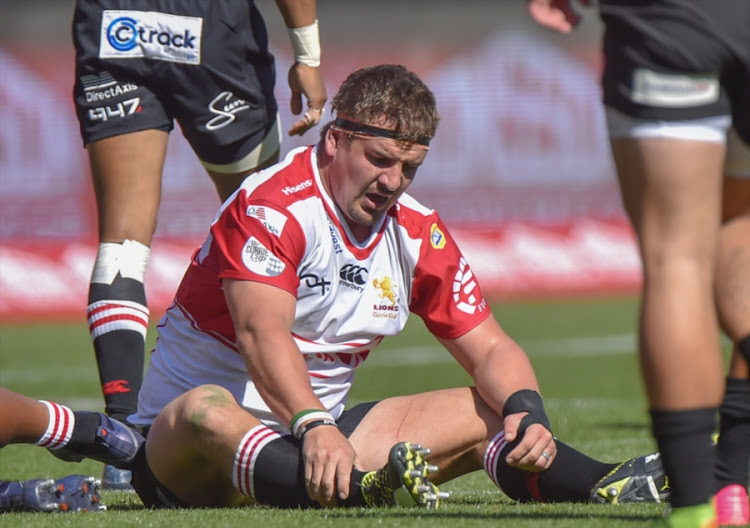 Both players have been linked with moves to Gloucester‚ where former Lions coach Johan Ackermann took the reins at the completion of Super Rugby last year.

Straeuli though was firm and he said the players cannot enter into negotiations just yet.

“They are both contracted to the Lions for Super Rugby and the Currie Cup." he said.

"We are in negotiations with them to extend those contracts until next year.

“Besides‚ they cannot enter into negotiations with other clubs yet because of the 180-day period that precludes such activity.

“Anyone wishing to negotiate with them must ask for the Lions for permission.

"At this stage there haven’t been enquiries. There certainly hasn’t been anything official.”

Gloucester are apparently in the market for a tighthead after John Afoa‚ who also represented the All Blacks on 36 occasions‚ switched allegiance to Bristol.

Janse van Rensburg is on loan with Sale Sharks in Manchester but is expected to return for Super Rugby.

Straeuli ventured a guess as to why there is doubt about the players’ future.

“I’m not sure why there is all this speculation now.

"Both players are still contracted with us and there are buy-out clauses that apply.

"However‚ we have not been approached and at the moment we are reserving our rights‚” Straeuli said.

The Lions have already suffered a pre season setback after Bok wing Courtnall Skosan was ruled out of Super Rugby with an ACL tear.

The Lions beat a Bulls XV 66-22 last Saturday but their Super Rugby opener against the Sharks on February 17 is likely to be a much sterner test.

New Zealand Rugby bosses should be concerned about the loss of expertise from rugby coaches moving overseas because of limited career opportunities ...
Sport
4 years ago

The deepening water shortage crisis in Cape Town‚ when the taps are expected to run dry in mid-April‚ has prompted two of the Mother City’s annual ...
Sport
4 years ago

The Blitzboks suffered two major blows after captain Philip Snyman and star back Ruhan Nel were ruled out of the fourth leg of the World Sevens ...
Sport
4 years ago

Death‚ taxes and a Springbok coach falling out with his bosses are three of life’s guarantees.
Sport
4 years ago