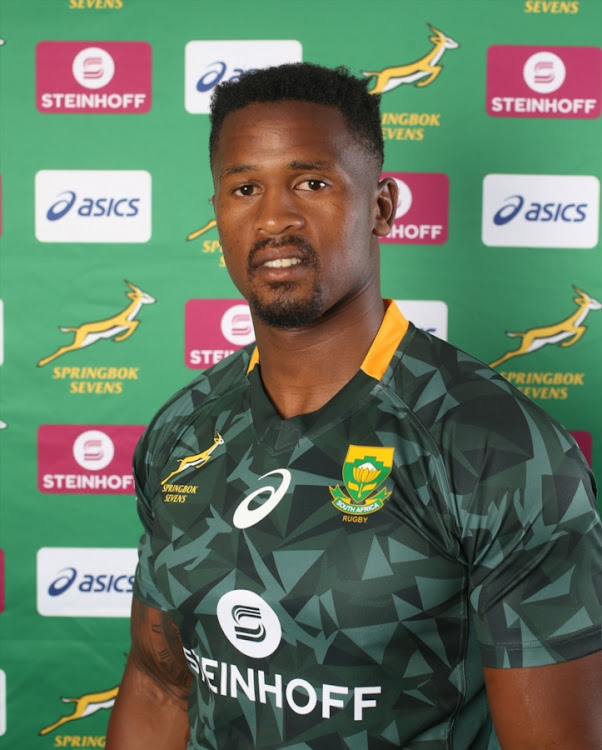 It’s a case of rather late than never for looseforward Sikhumbuzo Notshe‚ who will start his first World Sevens Series for the Blitzboks in Hamilton this weekend.

‘Notch’‚ as he is known‚ played two matches off the bench last week in Sydney‚ where the Blitzboks ended runners-up to Australia but moved back to the top of the standings on 58 points.

But this will be his last chance to impress SA Sevens coach Neil Powell‚ as he heads back to the Stormers next week to take part in Super Rugby for the Cape Town franchise.

Notshe was brought into the sevens set-up to provide the reigning World Series with forward options in a season that also includes the Commonwealth Games in April and World Cup in July.

He is not scheduled to be released from the Stormers for those two events‚ but nothing has been left to chance in terms of planning by Powell and his staff.

If there is an injury crisis in a few months‚ they know they can ask for Notshe’s release from the Stormers safe in the knowledge that he has a strong sevens grounding after spending the last three months training with the team.

Notshe joined the sevens programme in October last year‚ was selected for the SA Rugby Sevens Academy side that played in Dubai in December before earning a Blitzbok call-up.

The former Wynberg Boys’ High pupil made his Blitzboks debut last weekend‚ when he replaced the injured Ruhan Nel‚ and is now keen to make the most of his remaining time with the squad here in Hamilton.

"There are a couple of areas where I feel that I improved in the last couple of months – my skills benefitted‚ as did my work rate‚” said Notshe.

“My one-on-one skills on defence and beating players on attack certainly benefitted as well‚ as did my work at the breakdown – the guys spend a lot of time working on that area‚ on attack and defence.

“Playing 15s will always be the bigger picture for me‚ but my involvement with the Blitzboks in the last couple of months certainly whet my appetite.

"There is a Commonwealth Games and a Rugby World Cup Sevens this year‚ but the biggest thing that will draw me back is the people that I worked with.

"There is a good culture going around here.”

Zain Davids‚ who was called up this week‚ made his Springbok Sevens debut in last year's New Zealand tournament – played in Wellington – and he hopes this appearance will have the same result‚ as the Blitzboks were crowned champions in 2017.

“It is another opportunity and one I want to use to the best of my ability‚” the 20-year-old said.

Davids‚ who was a member of the SA Rugby Sevens Academy squad that won the Sudamericarugby7s tournaments in Uruguay and Chile in January‚ feels the attention to detail looked at in that system improves him as a player.

“They look at the small things‚ for example the weak shoulder tackle and how to improve on that or how to exploit that on attack‚” said Davids.

“It is all about the development of a player and even the training sessions are at a high intensity‚ so that prepares one for the series as well.”

Although their participation in the Pro14 has made for an out-of-season experience‚ assistant coach Corniel van Zyl isn’t in the least concerned by ...
Sport
3 years ago

Stormers coach Robbie Fleck believes that his side‚ into their third year under his coaching‚ are ready to mature as realistic Super Rugby contenders ...
Sport
3 years ago