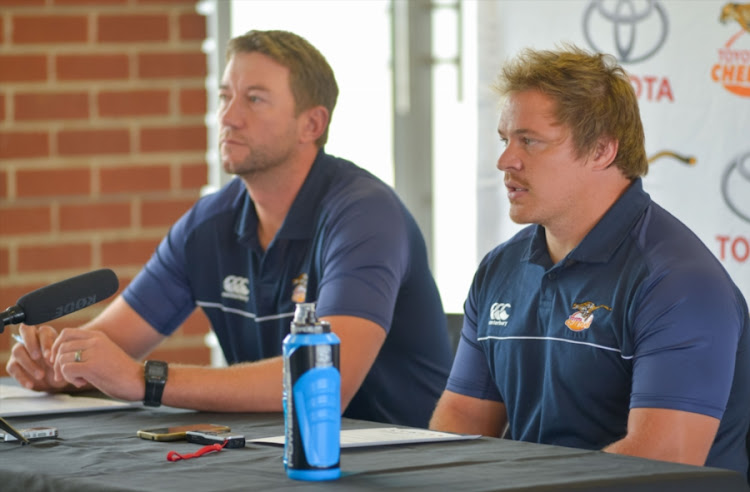 Although their participation in the Pro14 has made for an out-of-season experience‚ assistant coach Corniel van Zyl isn’t in the least concerned by the possibility of the Cheetahs running out of steam in the play-offs.

They still have eight league matches remaining but the Cheetahs are very handily placed to grab one of the six play-off spots.

They are third in their pool but lead their nearest rivals the Cardiff Blues by 15 log points.

Despite the fact that the team is in combat mode throughout the South African summer‚ Van Zyl believes their games are sufficiently spaced out for the Cheetahs to remain competitive when the competition builds to a climax in April and May.

“I think we will have enough down time to be able to cope with that. We have eight league games left so I don’t think it will be too demanding on the players.”

He was equally bullish about the Cheetahs playing themselves into the play-offs.

“The bulk of our remaining games are against teams in our pool. We can control our own destiny that way‚” argued Van Zyl.

In fact‚ in their very next match‚ Saturday week‚ the Cheetahs can put even more daylight between themselves and the Blues when they play them in Cardiff.

It is the first of three matches they will play on a tour that also includes clashes against the log leaders Glasgow Warriors and the unconvincing Ospreys.

The Cheetahs named their touring squad on Wednesday and their resources are stretched in the continued absence of centre William Small-Smith‚ lock Dennis Visser‚ hooker Elandré Huggett and utility back Ruan van Rensburg who are out with knee injuries that will keep them out of action for between two to four months.

In addition scrumhalf Tian Meyer has been sidelined with a groin injury for five weeks‚ loose forward Niell Jordaan has an ankle injury that will keep him out for three weeks‚ while wing Lloyd Greeff has a crocked shoulder that will take six weeks to heal.

The Cheetahs‚ however‚ have learnt to roll with the punches.

Their initial foray into the competition was a little underwhelming according to Van Zyl but at least they went in with eyes wide open.

Van Zyl‚ who played eight times for Italy‚ has been a valuable source of information for the team.

"We discovered that travelling that far and playing in different conditions certainly stacked the odds in favour of the home team.

"We found the same when we played at home.

“The one up shot for us was that we were more used to touring because of Super Rugby and there was no jet lag to overcome.”

Stormers coach Robbie Fleck believes that his side‚ into their third year under his coaching‚ are ready to mature as realistic Super Rugby contenders ...
Sport
3 years ago