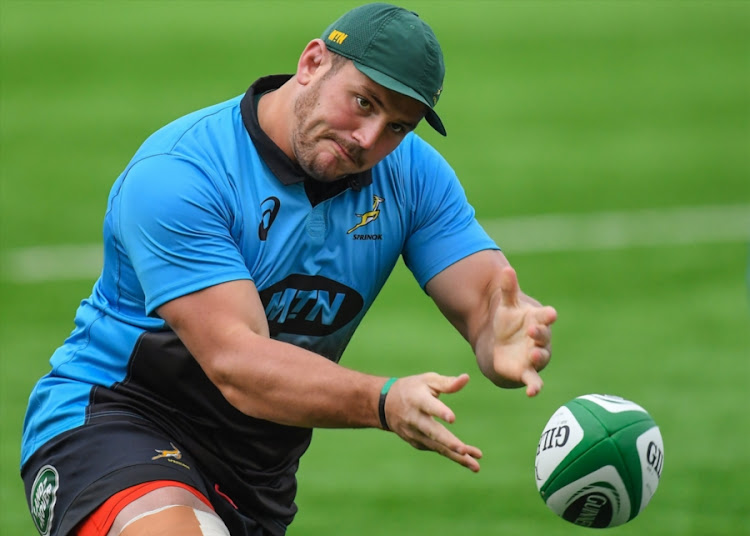 The Stormers’ suffered a potentially huge setback in their pre-season match against the Bulls in Wellington on Saturday when Springbok tighthead Wilco Louw hobbled from the field.

Despite sharing the spoils 26-26 in searing heat‚ Stormers coach Robbie Fleck’s immediate concern was the fitness of his powerful scrum anchor who left the field five minutes into the game.

“It’s not good news‚ I think it’s a hip flexor injury but the severity is unclear at this stage‚” Fleck said afterwards.

“But‚ ya‚ that’s not the news you want two weeks before our first match in Super Rugby.

“I would be guessing on a time frame‚ but it’s a soft tissue injury and even if it’s just a grade one tear‚ that could be at least four weeks.”

With Frans Malherbe already ruled out for the first part of the season‚ Fleck said the Stormers might have to sign another prop on a short-term deal if the news on Louw is not good.

In the match itself both teams scored four tries and kicked three conversions in front of an enthusiastic crowd at the Boland Stadium.

“This game was exactly what we needed. It was a hard game with good tempo‚” Fleck said.

"We were our own worst enemies in that first half by giving away far too many penalties at the breakdown.

“That allowed them to win the territory game and put us under pressure by kicking into the corners.

“However‚ we scored a very good try under pressure and came back much better in the second half.

“There was a good response in terms of discipline after the break and we got our tactics right by being more direct.”

In a portent of what may transpire at the SA Rugby Player of the Year Awards‚ Malcolm Marx on Saturday walked off with top honours at the Lions Rugby ...
Sport
4 years ago

The Blitzboks continued their superb form with three comfortable pool stage wins on the first day of the New Zealand leg of the World Sevens Series ...
Sport
4 years ago

Coetzee’s Boks by the numbers

Cape Town – Allister Coetzee’s failure as Bok coach is underscored by the basic numbers from his first two seasons in charge, which inevitably led to ...
Sport
4 years ago

Rassie Erasmus to be 'coach‚ but not called Bok coach'

In true South African rugby fashion‚ by gaining clarity on one issue‚ another became muddied in the wake of Allister Coetzee’s sacking as Springbok ...
Sport
4 years ago