Can the Lions finally go one better in Super Rugby this year? 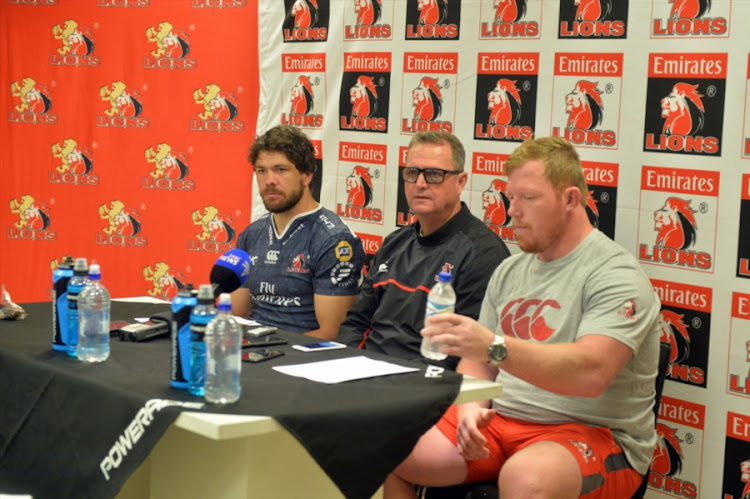 The age old question of how you eat an elephant sprung to mind on Thursday when Lions captain Warren Whiteley explained how his team might go one better in Super Rugby this year.

When facing a behemoth‚ Whiteley subscribes to the one bite at a time approach.

“Super Rugby is a grind and you have to stick to your processes‚" he said.

"We don't look at it as a whole competition but we break it up into weeks.

"As a player you start getting into a rhythm within the competition.

"We focus on our performance and not the result.

“We are seeing this as an entirely new challenge. As a group we haven't achieved anything yet‚” Whiteley pointed out.

The Lions seemed to master the weekly grind in reaching the last two finals only to trip up against New Zealand opposition in the final.

They appear to have the weekly grind down pat‚ but it is what they do at the business end that perhaps warrants interrogation.

By way of improvement however‚ they'll seek it from the outset‚ starting with the Sharks at Ellis Park on Saturday.

The Lions may have 15 straight wins over South African opposition but in the combative Sharks they face adversaries that have run them close of late.

Whiteley is confident‚ however‚ that his team isn't underdone going into the competition.

“I think some of our senior players have probably played more than guys at other provinces. Elton (Jantjies) has played four games‚ I have as well‚ Lionel (Mapoe) and Sous (Franco Mostert).

"As well as the other Boks who played a lot of rugby towards the end of the year.”

For new coach Swys de Bruin the Sharks represent opposition that have made improvements since the teams met last time.

“They will bring a physical battle but they've also trained with more flair. We are expecting anything from them.”

De Bruin will give rising star Aphiwe Dyantyi a Super Rugby debut on the left wing‚ while Rohan Janse van Rensburg starts off the bench.

“He's a graduate from UJ. I'm excited for him. He had a very good Currie Cup. It is well deserved.”

“Ag‚ its just combination‚” he said about the selection of Harold Vorster and Lionel Mapoe at centre.

“It's horses for courses. When we train with backs we move them around a lot.”

The team has no recognised scrumhalf on the bench but De bruin was quick to point out that they indeed have cover.

“We've got good cover there. Andries Coetzee is a good scrumhalf. He played Craven Week. It is easy for him to move in.”

The coach commended loosehead prop Jacques van Rooyen who will be playing in his 50th Super Rugby match on Saturday.

The Lions team is: