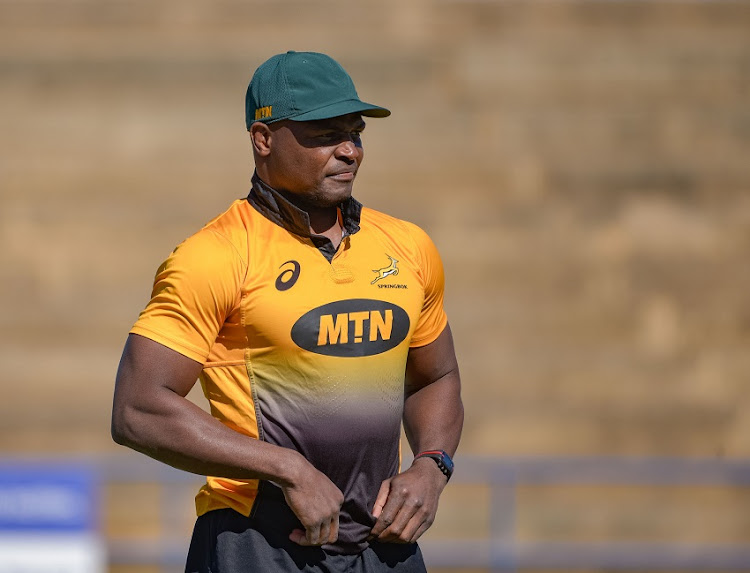 Mahlatse “Chilliboy” Ralepelle was a notable absentee from the Sharks' match-day 23 that will face the Lions in their Super Rugby opener at Ellis Park on Saturday.

Makazole Mapimpi will also be making his first start for the Sharks as they have to slay the 2016 and 2017 losing Super Rugby finalists.

Coach Robert du Preez said he had the long season in mind and squad management was going to be very important.

Du Preez also said he had a number of very good hookers‚ which made his selection at number two a tough one.

“Beast has just come off a month's break and when we got back from the Racing game‚ that's when he joined us. He's looking really good but we want him to come back slowly so we'll be looking at about 30 minutes at the most‚” Du Preez said.

“The same goes for Dan. He had a bit of a groin niggle but he's good to go now. We also wanted to reward the guys who have been working incredibly hard up until now.

“We've got four or five very good hookers in this province. There's also Kerron van Vuuren‚ who has worked incredibly hard and he's not getting any game time at the moment.

“This weekend is all about horses for courses. We've gone with Franco Marais and there's Akker van der Merwe on the bench. We wanted to give Akker a go against his old teammates.”

The Lions have beaten the Sharks in six out of six matches but last season's controversial quarterfinal showed how much ground the Sharks have covered.

The Sharks had the better of the game and were unfortunate to lose 23-21 but the Lions showed their class by getting to the final that they lost to the Crusaders. Du Preez said they would be focusing on themselves.

Warren Whiteley is back for the Lions after missing a significant chunk of the second half of the season with a groin injury.

“I think the Lions will be more of the same from last season but I'm not really interested in what they're going to do‚” Du Preez said.