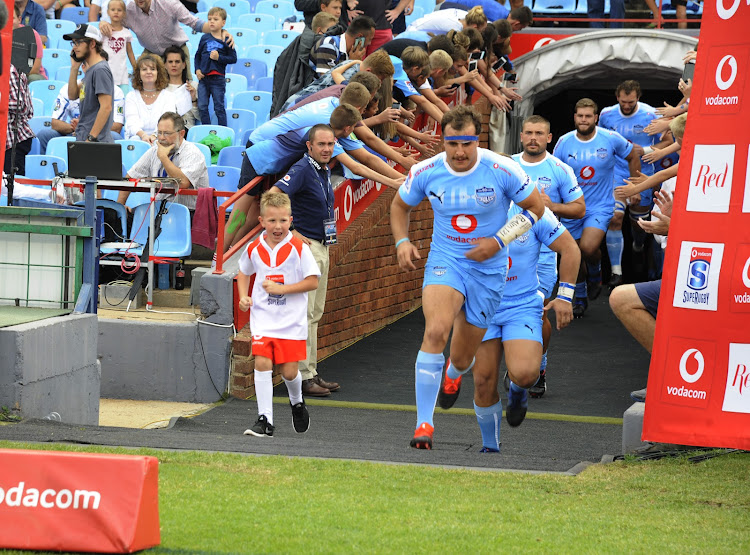 The Bulls running out on to the pitch during the 2018 Super Rugby game against the Hurricanes at Loftus Versveld, Pretoria on 24 February 2018.
Image: Catherine Kotze/BackpagePix

Hurricanes coach Chris Boyd praised the Bulls while delivering a damning assessment of his team’s performance following their 21-19 defeat at Loftus on Saturday.

“I don’t think anybody would be proud of their performance‚" Boyd said.

"Collectively it was well short of what we expect from each other.”

Asked if he drew any positives from the game Boyd said: “Uhhh‚ probably none.”

The result‚ however‚ might have been different had the match officials not disallowed what looked like a legitimate try for scrumhalf TJ Perenara in the second half.

Boyd was having none of it.

“You could probably pick out 20 similar tries or no tries and you’d get 10 awarded and 10 not. It’s one of those.

“That is not the reason we lost the game.

"If the try was awarded we may have won the game but at the end of the day‚ frankly‚ we didn’t deserve to win‚” said Boyd in his matter-of-fact manner.

What disappointed the coach was that the Bulls finished stronger despite the investment in time‚ effort and money the Hurricanes made in the build-up to the clash.

The Bulls’ improved fitness and the thin Highveld air conspired against the tourists who travelled here two days earlier than usual.

"It is a game we prepared well for. We need to look back at that preparation because it delivered just about zero.

"Collectively it was a massive cross for us.

“I don’t mind losing but to play so poorly was incredibly frustrating.

"Since losing in that semi-final against the Lions last year we’ve been trying to work out scientifically and a game point of view to get an improved performance up here. We delivered little.”

The Bulls’ much talked about less direct change in playing style didn’t influence how the Canes set about their task.

“It doesn’t really matter how they changed the subtleties around their game‚" he said.

"They certainly played differently than what they did last time.

"What you know is that you are probably going to battle physically‚ that they are going to come at you physically and you have to stay in that contest for long periods of time otherwise it will become a long day at the office.

“Credit to the Bulls. They had a plan.

"I think they’d be delighted to win but I suspect knowing Mitch (Bulls coach John Mitchell) he would not be happy with the way they played either.

“It is a big win for the Bulls and I hope the local people come here and support them and get some momentum behind them. It is a good start for them.”

The travel burden doesn’t ease up on the Hurricanes whose east to west around the world odyssey continues with a trip to Buenos Aires for a meeting with the Jaguares next weekend.

They then fly home for a meeting with the Crusaders before enjoying a much needed bye a week later.

“We knew what the task was‚” nodded Boyd.

“We failed the first leg of that task. We’ll get our heads together and work out a plan forward.

“The people that did it last year (flying to South Africa from New Zealand and then on to Argentina) found it really tough.

"For the Hurricanes it is the first time we’ve had to do this. We spoke to the other franchises about it.

"They say it is tough but when things get tough you have to dig in and work a bit harder.

“Next week is a pretty key game for us‚ as it is for the Jaguares.”

Bulls new era under coach John Mitchell in Super Rugby is up and running after they recorded a hard fought and vital 21-19 victory over fancied ...
Sport
4 years ago

The Lions may be lacking in sugar, spice and everything nice but in Aphiwe Dyantyi, they have all they need.
Sport
4 years ago

Cape Town – A late try by Waratahs flank Ned Hanigan gave the Australian side a dramatic 34-27 win over the Stormers in Sydney on Saturday.
Sport
4 years ago

‘What happens in Vegas stays in Vegas’‚ is an old adage and one the Blitzboks will take to heart as they hope their depleted squad will all stay in ...
Sport
4 years ago