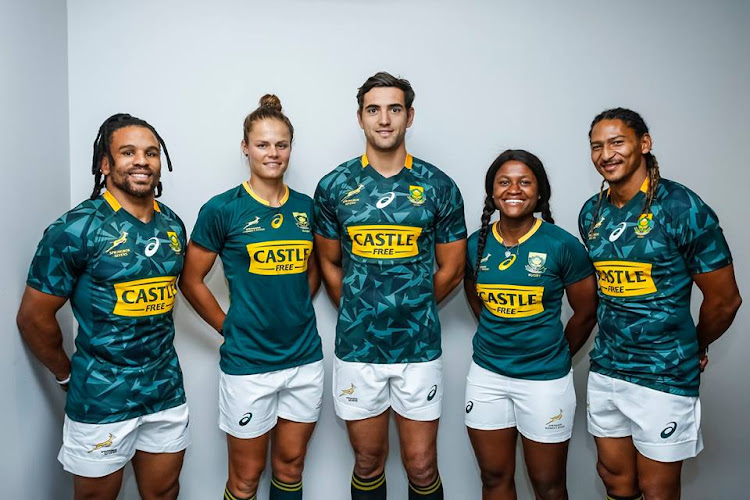 Not too long ago SA Rugby were in a froth at their inability to attract potential investors in the sport.

Now they will rake in around R100 million over the next three years thanks to Castle Free’s headline sponsorship of the Springboks Sevens and the Springbok Women’s Sevens teams.

SA Rugby perhaps inadvertently‚ finds itself in a better position after the Sevens team’s previous sponsors’ well publicized financial collapse at the end of last year.

A source close to the deal said the sponsorship was worth significantly more than the Sevens team’s previous deal with the embattled couch makers Steinhoff.

“This has turned out to be a good deal for SA Rugby.

"Steinhoff demanded exclusivity when they signed but in the new deal we can still sell the back (of the jersey) as well as space on the teams’ shorts‚” said the insider who did not want to be named.

He added that once they populate those vacant spaces on the jersey and the shorts SA Rugby should be able to generate twice the income they got from Steinhoff.

“It will be worth double and we expect to conclude those deals in the next month or so. Basically Steinhoff paid for three more months so this deal kicked in at the right time‚” the insider said.

“We have a relationship with SA Breweries that extends 25 years. This fit is right.”

Alexander was keen to stress that rugby no longer had the pariah status among sponsors it had 18 months ago.

“Putting together a deal like this would have been a lot easier now than three years ago‚” said the insider.

“There were a lot of takers. We didn’t have to do the hard yards. They came to us.

"We had more than 10 sponsors who wanted to sponsor the sevens. We will make further announcements next month.

“Considering the dark period of 2016 and the first half of 2017 we just tried to win back corporate trust in the Springbok brand.

"We had to tell them where we were and how we planned to get out of it. That is what we had to do and it was a long process.

Due to limitations placed by the organisers the new sponsor’s name will not feature on the Blitzboks’ jersey for the Commonwealth Games in April.

“We sincerely hope they can retain the title‚” said Alexander.

“Sevens is such a high intensity game you can’t win every tournament.

"The team is‚ however‚ targeting the Commonwealth Games and the World Cup.”

After travelling for 34 hours‚ a depleted Blitzboks arrived bleary-eyed in Las Vegas with slightly lowered expectations for the fifth leg of the HSBC ...
Sport
3 years ago

Record try-scorer Seabelo Senatla and bruising forward Kwagga Smith have been named in the Springbok Sevens team for the Commonwealth Games‚ even ...
Sport
3 years ago