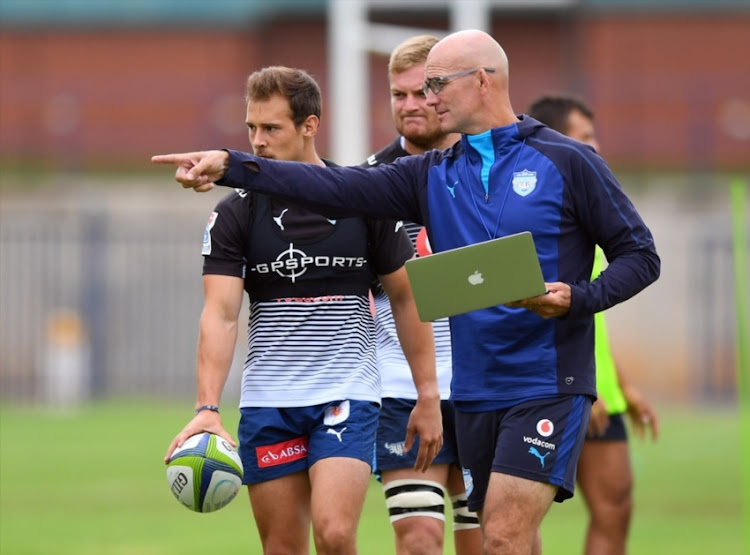 Bulls coach John Mitchell has resisted the temptation to risk Springboks fullback Warrick Gelant by naming an unchanged squad to take on the Lions in the hugely anticipated Jukskei derby at Loftus Versfeld on Saturday.

Gelant missed last weekend’s win over the Hurricanes and Mitchell said there was no need to rush one of his star players back into action.

His absence gives the inexperienced Divan Rossouw an opportunity to continue to impress.

“There is no need for us to rush him back‚" said Mitchell.

"Warrick will be back when he is fully fit and ready.

"Divan did very well‚ in fact‚ all the debutants showed a good appetite for rugby at this level.

"It is important to bring the responsibility back to the group that played last week.

"They got the job done‚ they built confidence and they are in the process of building team cohesion which is a tangible thing at this stage of the competition.”

Looking ahead of the clash‚ Mitchell said they are expecting a bruising encounter against the unpredictable Lions who are innovative under coach Swys de Bruin after he took over from Johan Ackermann.

“They enjoy moving the ball around which has led to most of their success and I don’t see them changing.

"They have quick players and it is pretty obvious what sort of plan they will go for.

"Firstly‚ they have an element of surprise.

"Secondly they are innovative and they will continue to be that way.

"We have planned for them but we expect some changes and surprises from them.”

Bulls captain Burger Odendaal shared Mitchell’s sentiments that the match has the potential to be thrilling. He added that for them to prevail against their bitter rivals they must adjust their game plan according to situations on the field.

“They always try to up the ante when they play against us but we will go with the same mentality like we did in the last match‚" Odendaal said.

"We want our play to work properly.

"We want to force them to adjust to our game plan and for that to happen we must focus on our processes.

"We must also try to improve on some of the things that did not do well in the match against the Hurricanes.”

Victory for the Bulls will see them embark on their overseas leg of the competition with confidence sky high after two successive victories‚ but Mitchell has warned against creating lofty ambitions so early in the season.

“We are taking it one game at a time because this competition is going to challenge us in many different ways.

"We must be mindful of taking care of our own game plans.

"We got the result last week but there were areas in our performances that we must improve upon.

"That will be constant in this competition‚ the Lions play differently to the Hurricanes and they bring different challenges.”