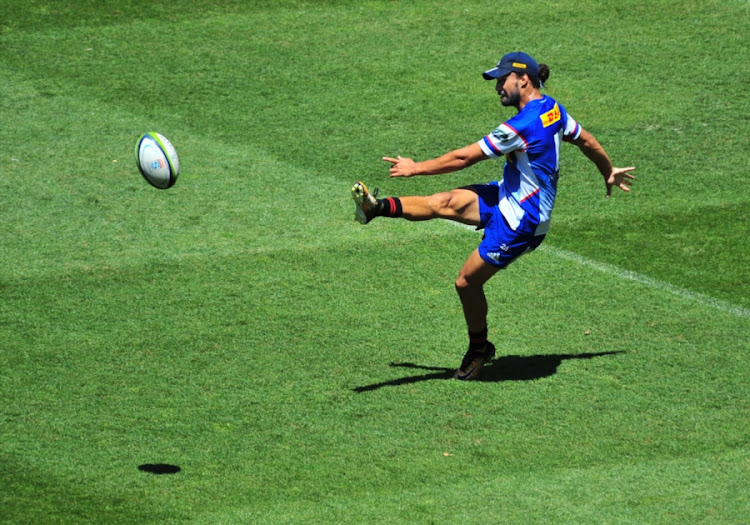 Dillyn Leyds is set to make a rare start at flyhalf for the Stormers against the Crusaders in Christchurch on Saturday‚ although the plans might change before kick-off.

Leyds‚ a Springbok wing and experienced fullback who has the ability to play almost anywhere in the backline‚ was named at No 10 for the Stormers’ third match of their 2018 Super Rugby campaign.

He has started at flyhalf once before‚ against the Blues in 2017.

Regular flyhalf Damian Willemse was not considered after suffering a haematoma on his leg during last week’s 34-27 loss against the Waratahs in Sydney.

But at training on Thursday‚ fullback SP Marais suffered what coach Robbie Fleck described as a ‘knock to the knee’‚ and is in doubt for the clash.

Marais will be assessed on Friday but if he fails a fitness test‚ Leyds will revert to fullback with George Whitehead moving into the flyhalf position for his first Stormers start.

These are the kinds of problems Fleck and his team could do without against the defending champions and most successful team in Super Rugby history‚ not to mention one of the most formidable at home.

The Stormers have never won against the Crusaders away from home in 10 previous meetings although Western Province did force a 16-16 draw in the inaugural Super 12 in 1996.

The Crusaders have won 86 of their 97 homes games against non-New Zealand teams and 46 of 51 against South African teams.

They have only lost three times to an SA team at home in 21 years.

“We will make a decision on SP tomorrow (Friday) but it’s more than likely that Dillyn will revert to fullback and George Whitehead will start at 10‚” Fleck said.

“We wanted Dillyn’s experience at 10 and he has played in the position during games before.

“We feel that Dillyn would give us good control of the game from flyhalf. George has done extremely well in the warm-up games and could get a chance.

“If SP fails his fitness test we will have to reshuffle‚ but the good news is that George and Dillyn have had a bit of game time this season.

“We’ve gone with Cobus Wiese because the Crusaders have a strong‚ abrasive pack and are effective lineout and maul operators.

“They have a big tight five that is able to exert pressure in terms of the territory game. We feel Cobus is better suited to this game because he brings size and grunt to what will be a lot of battles up front with the set piece.”

Older players in the Sunday rugby league in Mooiplaas‚ outside East London in the Eastern Cape‚ bullied Thembelani Bholi with heavy body blows when ...
Sport
3 years ago

Rassie Erasmus on Thursday became the 14th man since readmission to be appointed Springbok coach.
Sport
3 years ago

The blue side of the Jukskei Derby will be hoping to wear the mantle of noisy neighbours as they try and stem the red tide at Loftus on Saturday.
Sport
3 years ago

Not too long ago SA Rugby were in a froth at their inability to attract potential investors in the sport.
Sport
3 years ago