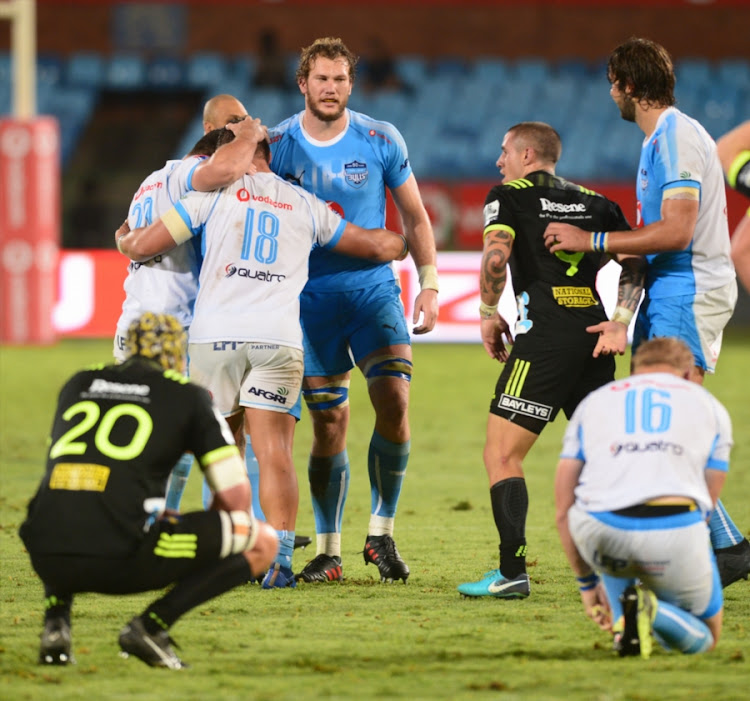 The sight of the Bulls tight forwards running amok against the Hurricanes last week is not something that alarms Lions forwards coach Phillip Lemmer.

In fact‚ he’d much rather they take a similar approach against the Lions when the teams clash in their crunch Super Rugby match at Loftus on Saturday.

“Our forwards also like running the ball‚” the barrel chested coach pointed out.

“They love carrying the ball. Our department is scrums and line-outs.

"The more they run the more we can attack them at set phases.”

Having quelled the forwards’ challenge of the Sharks and the Jaguares‚ the Lions are expected to absorb whatever the Bulls throw at them.

The Bulls scrum more than stood its ground last weekend and Lemmer stopped short of rubbing his hands with glee at the prospect of this weekend’s challenge.

“It is always a battle‚" Lemmer said.

"You have to be switched on every scrum otherwise you go backwards.

"It’s about staying tight and composed and keeping focus.”

He didn’t quite bristle at the suggestion that the Lions’ line-out hasn’t operated at full tilt‚ but Lemmer was keen to set the record straight.

“In the first game we lost three line-outs.

"The people built a perception.

"Against the Jaguares it was perfect.

"We lost one but took six of theirs.

"I don’t know if they look at stats or if they go on a thumb suck. It is something we are proud of.

"The jumpers take ownership of their responsibility.”

But how ready are they for the Bulls’ jumpers?

“The Sharks had tall‚ lengthy guys at the line-out‚ the Jaguares had a lot of walk-in line-outs. The Bulls will have a different system. Lood (de Jager) is an experienced caller.

“We have a plan in place. We know what is coming.”

Part of that plan is the deployment of regular lock Franco Mostert in the number seven jersey. Why play the Bok lock out of his regular position?

“He is someone who can express himself on the field whether he is at five or seven‚” explained Lemmer.

“You will get 100 percent from him. We think it is something that can work well this weekend. He adds massive value to the team.”

The Lions have copped some criticism for keeping a low media profile this week.

On Thursday three coaches and a couple of players were made available but Lions’ head coach Swys de Bruin seems to be in the long grass ahead of the derby.

In fact‚ the Lions are doing their best to talk down the significance of the fixture.

As head of a now streamlined coaching staff‚ new Springbok coach Rassie Erasmus knows his success may be determined by a much wider collective.
Sport
3 years ago

Sharks looking at game against Waratahs as a new challenge

The Sharks and the Waratahs had forgettable scrumming outings in their previous Super Rugby fixtures‚ something that'll make their meeting on ...
Sport
3 years ago

Bulls coach John Mitchell has resisted the temptation to risk Springboks fullback Warrick Gelant by naming an unchanged squad to take on the Lions in ...
Sport
3 years ago

Dillyn Leyds is set to make a rare start at flyhalf for the Stormers against the Crusaders in Christchurch on Saturday‚ although the plans might ...
Sport
3 years ago