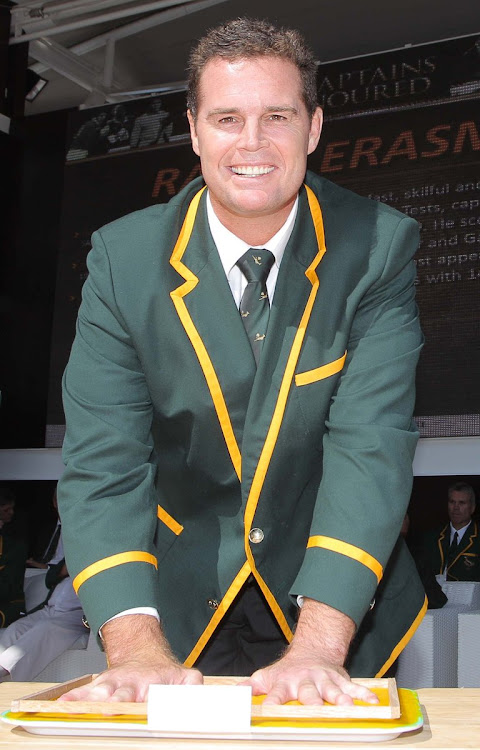 Rassie Erasmus on Thursday became the 14th man since readmission to be appointed Springbok coach.

He becomes the sixth appointee who also represented the team as a player.

Erasmus played in 36 Tests between 1997 and 2001 and has the distinction of also captaining the Boks in one Test.

In announcing his appointment SA Rugby said: “Rassie Erasmus will spearhead a streamlined but experienced Springbok management team until the end of the 2023 Rugby World Cup‚ SA Rugby confirmed on Thursday‚ as the former Springbok captain will combine his Springbok coaching duties with his current role as Director of Rugby at SA Rugby.”

On the domestic scene he represented Free State and the Cats in Super Rugby before engineering the Cheetahs’ first Currie Cup success in 29 years when beat the Blue Bulls at Loftus as a player/coach.

He won two Currie Cup with the Cheetahs‚ first in a player/coach capacity.

He was high performance manager at SA Rugby before joining Munster as director of rugby in mid 2016.

He returned to SA Rugby in the position of director of rugby in December last year.

Erasmus’ trusty lieutenant Jacques Nienaber‚ who coached alongside him at the Cheetahs‚ the Stormers and Munster joins the Bok coaching group as defence coach.

Former France prop Pieter de Villiers is back in the Bok coaching mix as scrum coach‚ and the same applies to Mzwandile Stick who will hone the players’ skills.

Aled Walters will be in charge of athletic performance.

A new Springbok era under coach Rassie Erasmus will not start against England at Ellis Park on June 9 as expected‚ but a week earlier against Wales ...
Sport
3 years ago

Former Springbok coach Peter de Villiers said his successors Heyneke Meyer and Allister Coetzee should have approached him for advice ahead of taking ...
Sport
3 years ago

Former Springbok coach Peter de Villiers has asked if Johan “Rassie” Erasmus is really the Messiah he's been out to be.
Sport
3 years ago

Rassie Erasmus to be 'coach‚ but not called Bok coach'

In true South African rugby fashion‚ by gaining clarity on one issue‚ another became muddied in the wake of Allister Coetzee’s sacking as Springbok ...
Sport
3 years ago