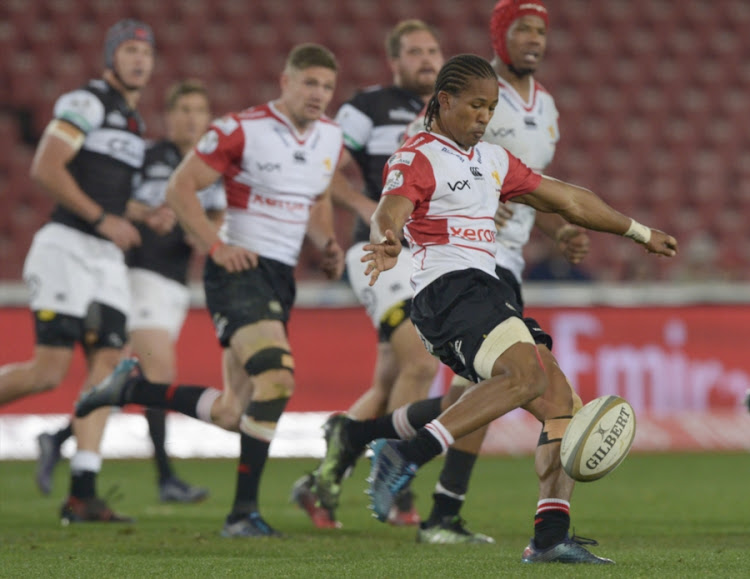 Although Mahuza duly noted the revitalisation of the Bulls’ game against the Hurricanes last week‚ he stressed against whom the Lions would rather measure themselves.

“We always want to be compared against the New Zealand sides because they have been the best in the competition for so long‚” said Mahuza‚ while perhaps tacitly suggesting the Bulls are just a few hours into their bright new dawn.

Mahuza made the comment in explaining how the Lions relish playing against teams who also display attacking ambition.

“It brings out the best in us. If both teams play attacking rugby and play the ball to the edges it keeps both teams on their toes.

“You need to penetrate well to get behind the defensive lines. It is better to play against a side that also wants to play with intensity and wants to throw the ball around‚” said the winger.

Apart from their newfound fondness of the ball and not the percentages‚ Mahuza has also noticed an urgency about the Bulls.

“They want to win games. They want to be the best in the competition. You can’t tell a lot from just one game but you could see that there is a willingness to play for each other.”

As much as the potency of both teams’ attack has been a talking point this week‚ the Lions are likely to turn to a section of their playbook less likely to feature as a matter of public discourse.

They will travel around 60km up the N1 with a pack that packs bulk.

In the absence of the energy and industry of Kwagga Smith the Lions’ brains trust thought it prudent to move Springbok lock Franco Mostert to blindside flank. It is the clearest indication that the Lions’ intentions to keep the ball under the protective blanket of their forwards and relentlessly bash away at the Bulls’ defences.

They will want to keep the ball in the heavy traffic and deny the Bulls the space they were afforded around the fringes last weekend.

Make no mistake though‚ the Lions have attacking ambition and they will be particularly alert to opportunity on the counterattack. It would be a crying shame if players like Mahuza and the electrifying Aphiwe Dyantyi aren’t placed in possession in positions of promise.

The impact‚ or lack thereof of flyhalves Handre Pollard and Elton Jantjies will also be keenly felt. The new Springbok coach needs convincing.

It is a match that holds distinct consequences in its eventual result and subplots.

With perhaps more to lose the Lions‚ emboldened by going 17 matches undefeated against South African opposition in Super Rugby‚ have talked down the significance of the match.

“At the end of the day it won’t affect what we do too much‚” said Lions assistant coach Joey Mongalo about the Bulls’ new methods.

“We want to keep consistency because we are still growing. We see a race that lasts six months in which we have to clear hurdles and this is just another hurdle.”