Bulls coach hopeful his charges will benefit from change of scenery 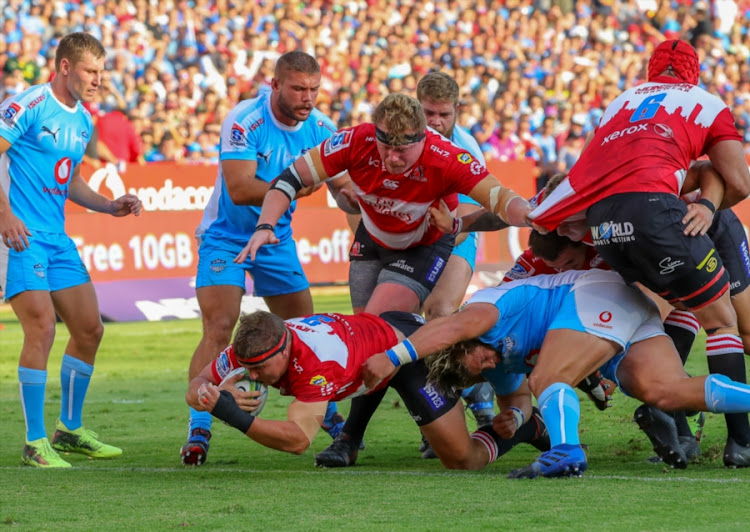 Bulls coach John Mitchell is hoping that a change of scenery in the coming three weeks will benefit his charges when the side embarks on their Australasia tour.

The Bulls won their opening Super Rugby match against the Hurricanes but lost 49-35 to the Lions in the Jukskei derby on Saturday at Loftus and Mitchell has urged his charges to embrace the challenge of touring. He has asked them to use the tour to correct their mistakes.

Mitchell and his men leave for Australia on Sunday to face the Reds on Saturday at the Suncorp Stadium before moving to New Zealand to take on the Chiefs and defending champions Crusaders in the following two weekends respectively.

“It is definitely a reality that we are facing but it is always good to go on tour‚" he said after the Lions defeat.

"We are going to be patient with our growth‚ processes and also recognise that we did not give attention to detail against the Lions.

"I am sure everybody is looking forward to the challenge because it is going to be exciting for all of us.”

Mitchell also confirmed that co-captain Burger Odendaal‚ who was a late withdrawal from the team that faced the Lions because of a rib injury‚ will travel with the team to Australia and New Zealand.

“I am going to have a word with the medical team to see who is ready and who is not after this match but he (Odendaal) will go with us on tour. I am taking 15 forwards and 12 backs‚” he said.

The withdrawal of Odendaal forced Mitchell to make positional changes with Handrè Pollard‚ who took over the captaincy responsibilities‚ moving to inside centre and Marnitz Boshoff starting at flyhalf and returning with one conversion and three penalties.

“He (Pollard) will play at No 12 again because he was good there and complemented the other guys very well‚” he said while at the same time admitting that they were outplayed by the Lions at home.

“It was a disappointing performance but if you sum it up the Lions deserved their win.

"They were outstanding‚ their system is very good and for some reason we did not get our timing right.

"I thought maybe we were a little bit conservative in the attacking 22.

"The two yellow cards did not help us because the score was 21-all and it looked like it was going to be a humdinger of a match.

“It wasn’t a good performance by us and we will need to understand why.

"We will go back to our processes‚ identify where as coaches we may have failed the players and where the players may have missed detail.”

Lions scored seven tries to beat the Bulls 49-35 during their lively Jukskei derby played in Pretoria on Saturday afternoon.
Sport
3 years ago

The Blitzboks continued to flex their muscles as the top team on the HSBC World Sevens Series by qualifying for the quarterfinals of the Las Vegas ...
Sport
3 years ago

An error-strewn first quarter gifted the Crusaders four tries and an unassailable lead as they beat the Stormers for an 11th consecutive time at home.
Sport
3 years ago