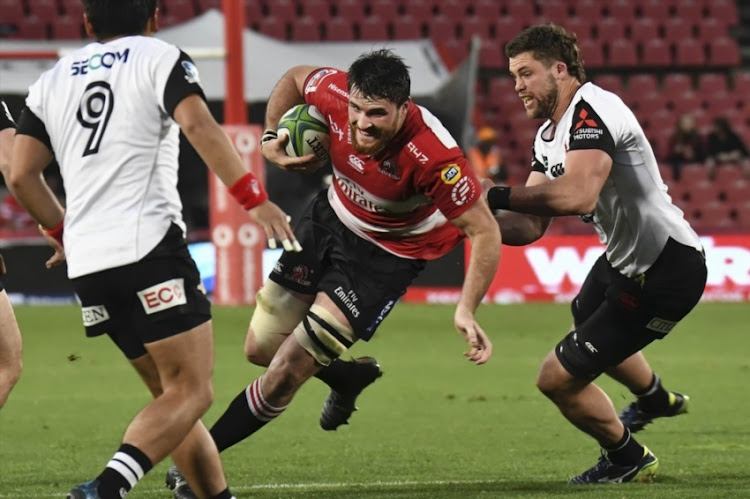 The hostility inside the Jose Amalfitani Stadium in Buenos Aires will leave you wide eyed‚ while flying through Sao Paulo’s Guarulhos airport will have exactly the opposite effect for the unsuspecting confronting the Jaguares on home soil.
Image: Wessel Oosthuizen/Gallo Images

The hostility inside the Jose Amalfitani Stadium in Buenos Aires will leave you wide eyed‚ while flying through Sao Paulo’s Guarulhos airport will have exactly the opposite effect for the unsuspecting confronting the Jaguares on home soil.

But that’s not as bad as folks make it out to be according Lions lock Lourens Erasmus who tasted defeat there last season.

“They say it’s difficult with the travel and everything but it is not supposed to be. If everyone’s mindset is right then it is not an issue‚” Erasmus said in the build up to Saturday night’s clash.

He has a point‚ the most recent visitors to Buenos Aires have gone there and slept like babies on their way home.

Of the last six touring sides to go there the Force‚ the Brumbies‚ the Kings‚ the Hurricanes and the Reds have all gone home smiling.

Erasmus knows the Lions cannot be blinded by external factors‚ they have enough on their plate as it is and have to gaze inwards after disappointing performances against the Blues and the Sunwolves.

“We have to look past the negatives and focus on the things that can make you stronger. That comes only through experience. You have to accept the ball isn’t round and that it might go against you occasionally. It’s about how you handle situations. Experience will help‚ as well as the fact that we have a brotherhood. It’s about sticking together and playing like a team.”

They have looked disjointed in their last two matches and at times rudderless in the absence of regular captain Warren Whiteley.

Surely there now has to be an urgency to again look like the side that reached the last two finals?

“We have spoken about the mistakes we made. We put it behind us. We have to look forward. This is a new challenge. New week‚ new team.”

Erasmus too has reason to rise to the challenge this week with Andries Ferreira unavailable through injury he has to step up.

“That is what makes the Lions good‚” said Erasmus.

“No –one looks down on another. Everyone is afforded an opportunity. If you don’t perform at your best there is always someone else that can take up that position.

“Andries is a good role model for me. It is always a challenge for me to fill his boots.”

Surprisingly there was no room in the touring group for the dynamic Hacjivah Dayimani.