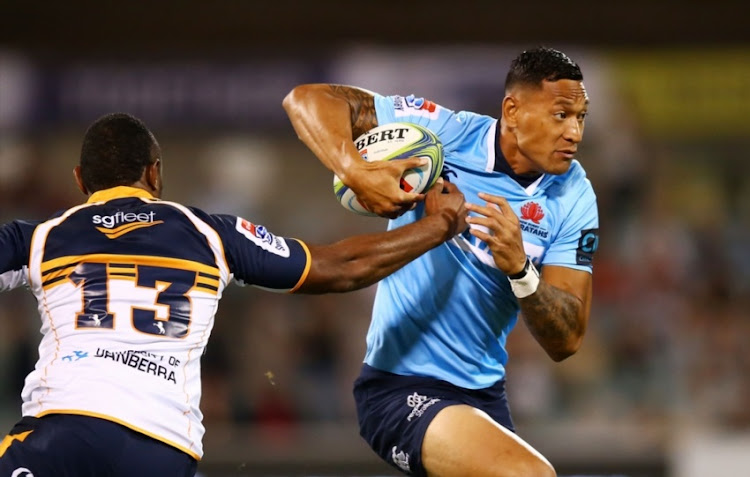 Israel Folau of the Waratahs runs the ball during the round seven Super Rugby match between the Brumbies and the Waratahs at GIO Stadium on March 31, 2018 in Canberra, Australia.
Image: Mark Nolan/Getty Images

Australia outside back Israel Folau has sparked outrage with a comment on social media suggesting that gay people would be condemned to “hell” unless they “repent” for their sins.

Folau’s post was deleted but the screen-grab was shared on social media.

The dual international made the comment on Instagram in reply to another user who asked what was “gods plan” for gay people.

“HELL... Unless they repent of their sins and turn to God,” Folau wrote.

The comment triggered a torrent of criticism from social media users on his account, though he was also supported for his stance by some.

Folau declared last year that he would not support the legalisation of gay marriage during a nation-wide plebiscite.

Australia’s parliament voted to legalise same-sex marriage in December after the vote returned an overwhelming majority in favour of same sex unions.