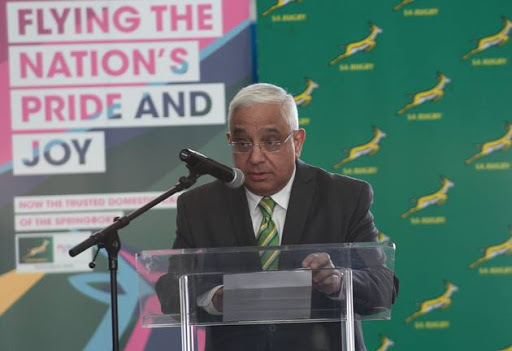 Mark Alexander was reelected as president of SA Rugby for another four years at the organisation’s annual general meeting in Newlands on Friday.

Alexander will have the opportunity to continue the work he started on a turnaround strategy for SA Rugby after he succeeded Oregan Hoskins two years ago.

Advocate Andre May from the Leopards Rugby Union failed in his bid to unseat Alexander and strike a blow for the so-called ‘smaller unions’.

Francois Davids‚ the incumbent deputy president‚ also retained his position after being challenged by Jan Marais of the Griffons.

May to oppose Alexander at next month’s SA Rugby elections

An advocate and former lock from the North West will oppose Mark Alexander at next month’s SA Rugby elections in Cape Town.
Sport
4 years ago

Not too long ago SA Rugby were in a froth at their inability to attract potential investors in the sport.
Sport
4 years ago

The worst kept secret in rugby will be official on Thursday when Rassie Erasmus is presented as the new Springbok coach‚ a month after Allister ...
Sport
4 years ago