Stormers to regroup and recoup after Lions thrashing 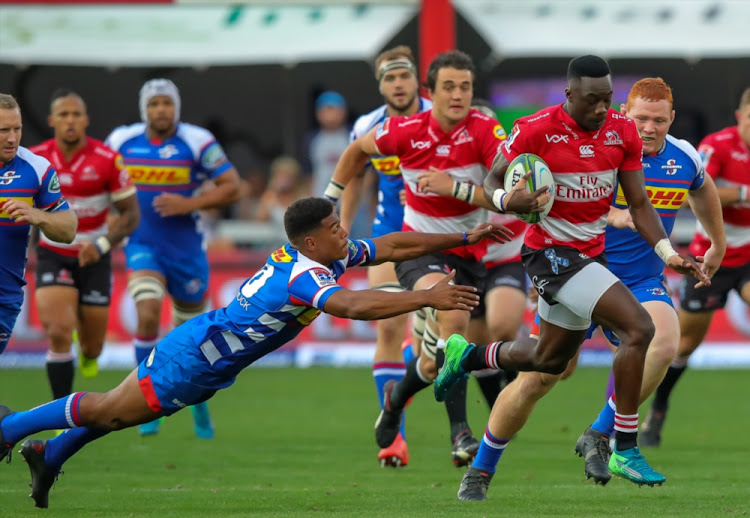 Madosh Tambwe of the Emirates Lions gets away from Damian Willemse of the DHL Stormers on his way to score his first try during the Super Rugby match between Emirates Lions and DHL Stormers at Emirates Airline Park on April 07, 2018 in Johannesburg.
Image: Gordon Arons/Gallo Images

Stormers coach Robbie Fleck fingered his team’s defence and breakdown as areas that need urgent intervention before they tackle the next phase of the competition.

His side was well off the pace in losing 52-31 to the Lions at Ellis Park‚ but they can regroup and recoup with a bye this week after eight straight games.

With his team leaking tries in recent weeks‚ Fleck said it was too early to tell whether having defence coaching duties split between two coaches was working.

“Defensively we have to be better‚" he said.

"You can’t be leaking eight tries. Some soft tries too.

"That is definitely something we have to work on.

“The breakdown needs to be better too. At the breakdown I thought the Lions were outstanding. That’s where they slowed our ball down.

"When we retained possession we looked a decent side. We were also beaten at the breakdown by the Bulls. That is something that we have to work on.”

The Lions’ Super Rugby campaign roared back to life against a shell shocked Stormers here on Saturday.
Sport
4 years ago

Fleck acknowledged they were beaten “by a better team on the day” but noted that his players “kept on fighting” especially through the efforts of utility forward Pieter-Steph du Toit.

“We created opportunities but obviously we didn’t convert. We were well beaten by a better team‚” he said.

Fleck noted after his team’s jaded performance against the Bulls a week ago that the workload of playing seven consecutive matches may have caught up with his team.

“The Lions also had seven or eight games in a row‚” he reminded.

“We are looking forward to the break. That is the first half of the comp gone for us. We have to reset our goals obviously.

“We have an away game against the Sharks before we have some home games.”

The Stormers trail the Lions‚ the conference and overall log leaders by 12 points but Fleck was sanguine about their prospects of catching up.

“They have a tough tour ahead of them‚"Fleck said.

"The way they played in this game they can look forward to that tour.

“By no means are we out of it. We’ve got eight games to go.”