Goosen back in Cheetahs colours for Pro14 clash against Munster 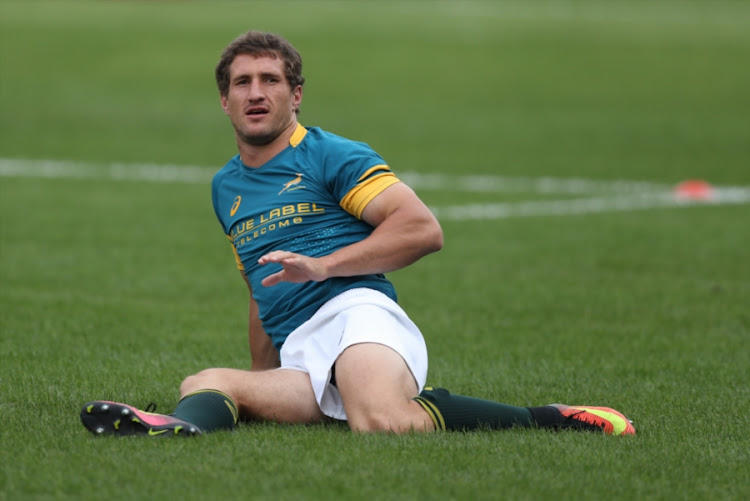 After an eventful sojourn in the French Top 14 with Racing 92‚ Johan Goosen is back in Cheetahs colours for their Pro14 clash against Munster on Friday night.

The Springbok utility back‚ who last represented the Cheetahs in 2014 before leaving on a mega contract for Paris‚ has been in limbo since controversially informing his employers of his desire to retire.

Big spending Montpellier have lured Goosen out of 'retirement' and had to part with close on R20 million to Racing 92 to free up the utility back.

After a two-year hiatus from the game Goosen has been given the all-clear to regain his fitness with the Cheetahs before joining Montpellier in June.

Goosen‚ who was capped 13 times for the Springboks‚ will start at pivot‚ while burly Niel Marais will shore up the adjacent inside centre channel.

It would be unreasonable to expect Goosen to immediately hit his straps‚ but he does possess the skill to make a huge impact.

The Cheetahs will need him to fire.

After a post New Year's wobble‚ the Cheetahs have played themselves back into finals contention with wins over Connacht‚ the Dragons and Cardiff Blues.

They are yet to secure a finals spot and should they slip up against Munster‚ Cardiff Blues are likely to close the gap with victory over the Southern Kings on Saturday.

In their previous meeting Munster thumped the Cheetahs 51-18 in round two in Limerick‚ but the visitors then were still unfamiliar with the demands of the new competition.

The Munster team is likely to be markedly different from the one that beat the Southern Kings 39-22 last weekend.

Head coach Johann van Graan made 10 changes for that clash but he is set to restore several players who missed out in the Eastern Cape for the clash at altitude against the Cheetahs.

In making his selections this week Van Graan has to be mindful of Munster's Champions Cup semifinal against Racing 92 Sunday week. Victory in Bloemfontein will secure Munster a home quarter-final in the Champions Cup.

Van Graan intimated that there would be a lot of personnel changes this week‚ one of which may be the return of star outside back Simon Zebo who has struggled with a hip injury.

The Cheetahs team is:

New Zealand teams have dominated Super Rugby since its inception‚ but never as much as they have in the past three years.
Sport
4 years ago

The Springboks’ search for common ground under new coach Rassie Erasmus took shape this week at a second ‘alignment’ camp on the banks of the Vaal ...
Sport
4 years ago

The Lions expect to embark on their four-match Australasian tour next week with their injured stars almost all restored to fitness.
Sport
4 years ago

Munster coach Johann van Graan‚ on his homecoming to South Africa since leaving the Springbok set-up‚ would not be drawn on his view of the coming ...
Sport
4 years ago