Bulls have unbeaten run to defend against Sharks 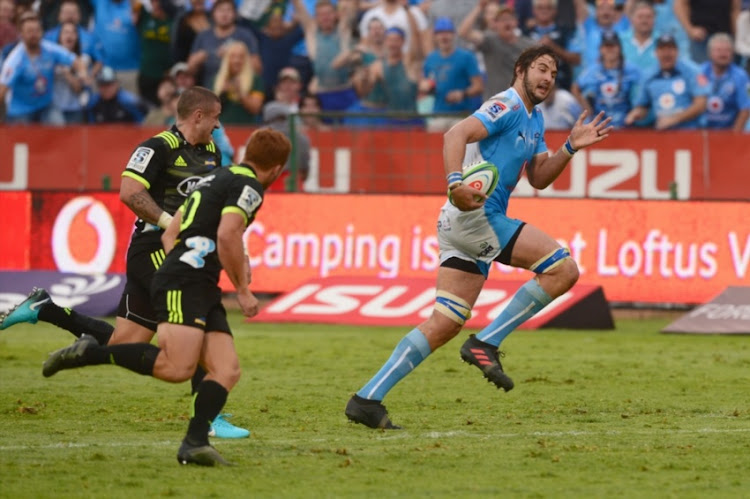 Lood de Jager of the Bulls during the Super Rugby match between Vodacom Bulls and Hurricanes at Loftus Versfeld Stadium on February 24, 2018 in Pretoria.
Image: Lee Warren/Gallo Images

The Bulls travel to their crunch Super Rugby clash against the Sharks on Saturday afternoon looking to extend their five-match unbeaten run against the Durbanites.

Their mission of extending their dominance over the Sharks is not going to be an easy one as Robert du Preez’s men have shown improvements over the last few weeks where they impressed in New Zealand by beating the Blues and narrowly lost to the Hurricanes.

The Bulls make the trip to KwaZulu-Natal on the back of a much-needed win over the Stormers before they had a bye last weekend and they have been hugely boosted by the availability of locks RG Snyman and Lood de Jager.

Snyman last played for the Bulls a month ago in Hamilton while De Jager last tasted action in Christchurch three weeks ago to bring to an end the impressive partnership they formed in the opening four rounds of the competition.

With his premier lock pairing fit again‚ Bulls coach John Mitchell moved Jason Jenkins to the bench and dropped Ruben van Heerden out of the match squad and he has also recalled a fit-again Andre Warner‚ who has replaced Embrose Papier.

“We have all to play for‚” noted Mitchell this week.

“One thing we can bank on is that this will require a huge effort from our side if we want to beat the Sharks at home. They will not make it easy for us or allow us to rule the game‚ this will be hard work and we need to be prepared‚” said the coach.

He said the availability of De Jager and Snyman was a welcome boost for his side.

“Both have played very well and have grown as a combination‚ so I am pleased to have them back again. They bring a nice mix to our skill set and I am expecting them to be influential in the match.”

Captain Burger Odendaal said the Bulls could not afford to lose momentum during the next few of weeks where their objective will be to move a few places up on the standings.

“We started season well‚ then lost our way and with us bouncing back nicely against the Stormers‚ it is time to kick on‚” he said.

“The week’s rest has done all of us well‚ so we are keen to go and record a win in Durban.

“We have the players and the gameplan to be very competitive against a strong Sharks team.”

The spirit of cooperation between the Springboks and the Super Rugby franchises firmed further on Friday with the news that Lions coach Swys de Bruin ...
Sport
4 years ago

A week is a long time in rugby but according to veteran Springboks and Sharks prop Tendai “Beast” Mtawarira‚ that length of time after an ...
Sport
4 years ago