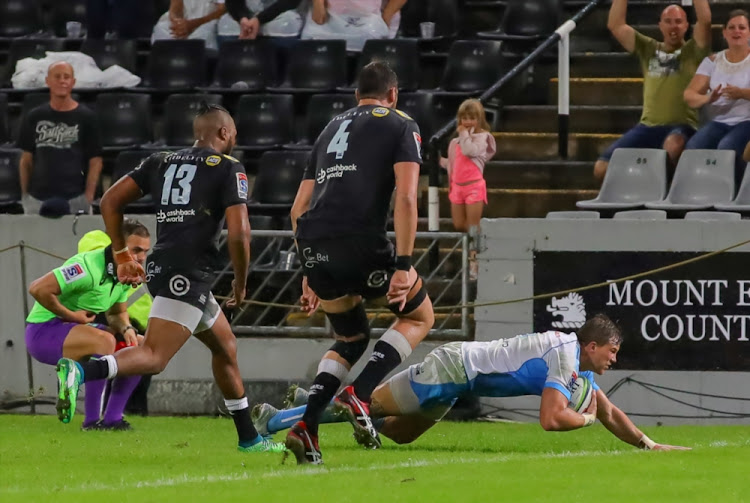 The Bulls’ stunning 40-10 Super Rugby triumph over the Sharks at King’s Park not only laid bare the teams’ almost diametrically opposite set of priorities‚ but also the impact their coaches have had in creating their respective playing identities.

The dynamic Bulls’ varied but balanced game‚ in which they attacked space at first‚ before fronting with their forwards and deploying the boot to make territorial gains‚ exposed the Sharks as one trick ponies who look devoid of plan when the most direct route appear obstructed.

It is more than just a system. There is personal pride.

It was a master-class by the Bulls who have clearly extended their range of competencies in Super Rugby under John Mitchell. Their approach is layered‚ moreover they can adapt on the run.

Sharks coach Robert du Preez in his appraisal did not spare his team‚ but he was also generous in his praise of the Bulls.

“I think they played the perfect game. I think there was a good mix of running rugby and kicking the ball into space. We just couldn’t handle it‚” sighed the glum coach.

The Bulls vacated the starter’s blocks with intent and soon racked up three tries.

“I guess you try and get stuck into the home team as quickly as you can and we did that.

"Conditions played a part as well. I thought we may have to go to our Plan B with the rain‚” recalled Mitchell.

The coach said he was particularly impressed with backline string pullers like halfbacks Handre Pollard and Ivan van Zyl‚ as well as fullback Warrick Gelant who ran in a hat trick of tries in atrocious conditions.

It says much of the evolution of the Bulls that they ruthlessly dismantled the Sharks on their home patch in conditions that ought to have favoured ...
Sport
3 years ago

The Bulls are quick learners too.

“We got a lesson in Christchurch in heavy rain by playing too much rugby in the middle of the field. We looked to exploit space on the edge. We just felt there were opportunities in their back field‚” said Mitchell about the 21 points the Bulls scored in the first half.

With the rain intensifying the Sharks’ forwards played with more menace before the break but the Bulls’ defence has been an area in which technique and resolve have shown significant improvement this season.

“It is clear and obvious that we have an aggressive defensive system‚” said Mitchell.

“It is an unrewarding system but it requires hard work. It constantly puts skill under pressure. One of the areas we want to grow is we want to feed our attack more as a result of that hard work.

"We sat down in the bye week to see where we can extract more opportunities from turnovers and be better in transition. We got a couple of really good examples of that early on.

“We have started enjoying defence. It is more than just a system. There is personal pride. We also have to find parts of our game where we can feed our attack. And that’s where confidence comes through scoring tries.”

Sharks coach Robert du Preez lambasted his side for what he termed a “lack of effort” in their 40-10 humbling at the hands of the Bulls at King’s ...
Sport
3 years ago

Gelant’s three tries all came as a result of space being identified behind the Sharks’ defence and the intuitive fullback following through.

“Warrick had a great week in prep‚” said Mitchell.

“He’s in a great space. He was great. Young men go through different pressures from time to time. He’s been through some tough performances and he’s trying to find some form. He looked like he enjoyed himself.”

Mitchell is all too familiar with the game’s vicissitudes and he was careful not to get ahead of himself following back-to-back derby wins over the Stormers and the Sharks.

They also beat 2016 champions the Hurricanes in the opening round.

“We still have a long way to go‚” acknowledged the Kiwi.

"I think we are starting to win hearts and minds of the fans which is important because they have gone through a lot of sacrifice and hard times. At the end of the day we have to create something that is bigger than ourselves.”