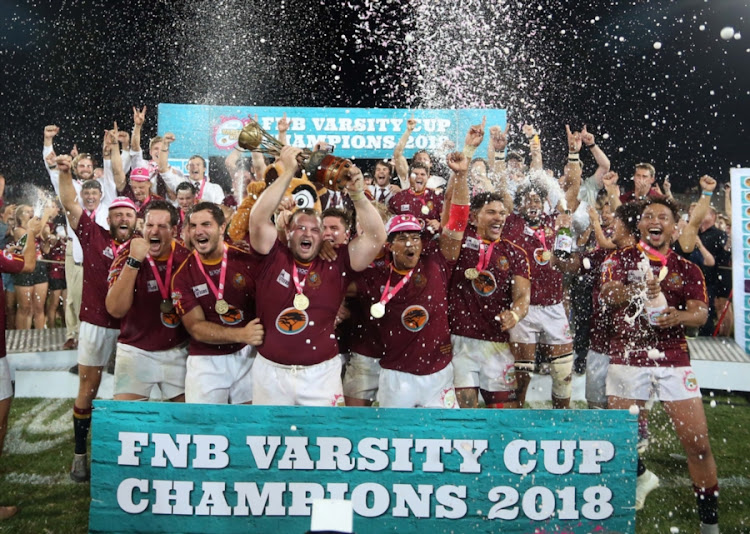 The Stormers are struggling and Western Province Rugby is on shaky financial ground‚ but the University of Stellenbosch (Maties) remains a source of pride in the region.

The maroon machine went through the campaign unbeaten‚ by winning six pool matches and drawing two – against Wits University and Monday’s vanquished opponents NWU Pukke – during the regular season.

Winning has been a long time coming for the men from Stellenbosch‚ who won the first three editions of the tournament between 2008-2010 but had lost four finals before Monday.

They scored four tries on the night‚ including a seven-point try (the competition awards extra points for tries scored from long range) and were awarded a penalty try in the first half.

The home team only led 10-7 at the break but ramped up the pressure in the second half as their dominant pack took control.

Stormers lock/flank Pieter Steph du Toit is not a man of many words‚ but as one of the team’s leaders‚ he admitted that it was time for battling Cape ...
Sport
4 years ago

Roux and Rassie to add to PRO 14 decision making

South African rugby ties to the northern hemisphere have been strengthened with the addition of Springbok coach Rassie Erasmus and chief executive ...
Sport
4 years ago

The Bulls’ stunning 40-10 Super Rugby triumph over the Sharks at King’s Park not only laid bare the teams’ almost diametrically opposite set of ...
Sport
4 years ago