Lions have a plan to beat jet lag and the Waratahs 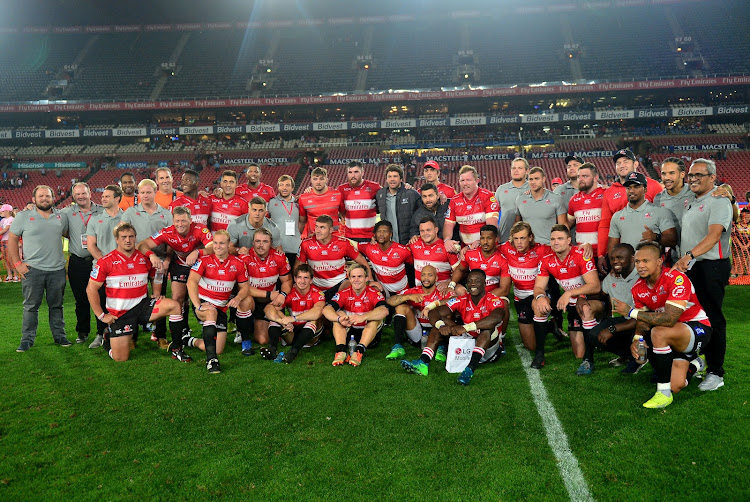 The Emirates Lions team pose for a picture with the technical team during Super Rugby match against the DHL Stomers at the Ellis Park Stadium, Johannesburg on 07 April 2018.
Image: Samuel Shivambu/BackpagePix

Jet planes do different things to different people and mindful of this‚ the Lions have put a whole lot of thought into their trip to Sydney where they meet the Waratahs on Friday.

At least their concerns aren't a matter of life and death like it was above the skies of Philadelphia earlier this week when a flight suffered rapid decompression resulting in the death of a passenger who got partly sucked through a hole in the fuselage.

The Lions' concerns are around boosting performance‚ or put another way‚ not conceding too much to the debilitating effects of jet lag.

They hatched a plan rooted in deception.

After arriving in Sydney they will try and dupe their bodies into believing they are still operating on a South African time zone but it is a theory best explained by team doctor Rob Collins.

“Jet lag doesn't set in if you travel one time zone per day‚” he started‚ illuminating a murky subject.

“Jet lag only sets in when you travel more than one time zone a day.

"We are doing things to try and stop that changing.

“We will try and stay within the South African time zone.

"Our meal times will be different times of the day and our sleeping will be at different times etc. It has been scientifically worked out very carefully‚” he said reassuringly.

By the time they kick off at 7.45pm Sydney time (11.45am SA time) their bodies would somehow have avoided shut down mode.

Coach Swys de Bruin believes its worth investing in the trickery but it is also worth noting the Lions would have saved a few dollars along the way.

“In the past we would have gone over on the Friday or the Saturday‚" De Bruin said.

"It is a Friday night game and we thought we could stay in our time zone for as long as possible. We will then adapt after the game before we go to Brisbane.”

Crucially‚ however‚ they avoided New Zealand teams on that trip but this year they have the Hurricanes and the Highlanders to contend with after initial skirmishes against the Tahs' and the Reds.

While the New Zealand leg is undoubtedly more daunting‚ De Bruin isn't taking anything for granted against the Australians.

“They are very good‚” he said of the Waratahs.

“They are sitting strong on their conference table.

"Their style is an all over brand.

"They have a good scrum. I don't know if (Israel) Folau is playing but with (Bernard) Foley and that monster wing that they possess they've got very good balance.

"They're on the up and they are showing it in their results. We'll have to bring our A-game on Friday night.”

As it's turned out‚ there is no Folau.

The star playmaker suffered a hamstring injury against the Brumbies but the Waratahs have soldiered on and have even had to dodge criticism for the fullback's inflammatory comments around homosexuality.

Even without the elusive Folau‚ the Waratahs still pack a punch at the back.

The monster De Bruin referred to is steamroller of a wing Taqele Naiyaravoro who has scored seven tries in his last four matches.

Ruan Combrinck is literally going to have his hands full but when the roles are reversed it is worth remembering Naiyaravoro has the turning circle of the QE2.