No clarity on Eben Etzebeth as Stormers ready for Sharks battle 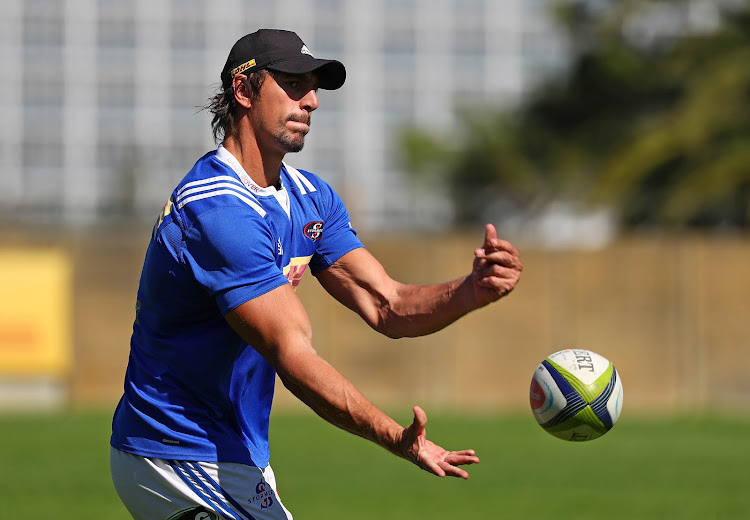 Fleck made the comments when naming his team to face the Sharks in Saturday’s crucial Super Rugby encounter at King’s Park.

Both sides are fighting to stay alive in the competition after poor starts to their campaigns with only five wins between them in a combined 16 matches.

Fleck reshuffled his pack with No 8 Sikhumbuzo Notshe making his first start of the season while Nizaam Carr shifts to the bench.

Dillyn Leyds will start at fullback with Craig Barry taking over at wing and SP Marais dropping on to the wood.

Scrumhalf Dewaldt Duvenage returns from injury at the perfect time as Jano Vermaak tore an Achilles tendon and is out for four months.

When asked about Etzebeth’s likely return‚ Fleck said that as it stood‚ he wouldn’t play for at least four weeks.

Etzebeth‚ the bruising lock‚ has a severe shoulder injury sustained playing for the Springboks against Wales last November.

It has left him with little strength in his left arm.

Famous for boasting huge bicep muscles‚ Etzebeth has lost most of his muscle mass in the arm and he isn’t able to move it freely.

“Four weeks is an estimate because of the nature of the injury‚ and it all depends on how it reacts on a day-by-day basis‚” Fleck said.

“Eben is feeling positive and the medical staff are encouraged by the improvements they’ve seen in the past couple of weeks.

“It all depends how the injury continues to respond to rehabilitation. It’s not something we can rush and it’s not a quick fix. It was a long-term injury and it was a severe one.

“Eben is pretty positive but there are no guarantees on that time frame.”

The Stormers go into Saturday’s match after a bye‚ which was preceded by back-to-back defeats against the Bulls and Lions.

It’s been a fortnight of stewing on the poor results and waiting for a chance to rectify their mistakes‚ but captain Siya Kolisi believes the team are ready to put their season back on track.

“The bye was good for us‚” Kolisi said. “Losing two in a row was tough but we are recharged and ready.

“There are two teams in the same situation this weekend. We know that if we do make it to the play-offs it will probably mean we will have to play away‚ so we’d better start winning away games.

"We see this weekend as the first of those.

“We haven’t been consistent although individually we have had our moments. But we haven't completely gelled as a team and we haven’t put in a complete 80 minutes together. Our aim is to put a complete game together.”