Sharks without Mtawarira could be ripe for the Stormers' picking 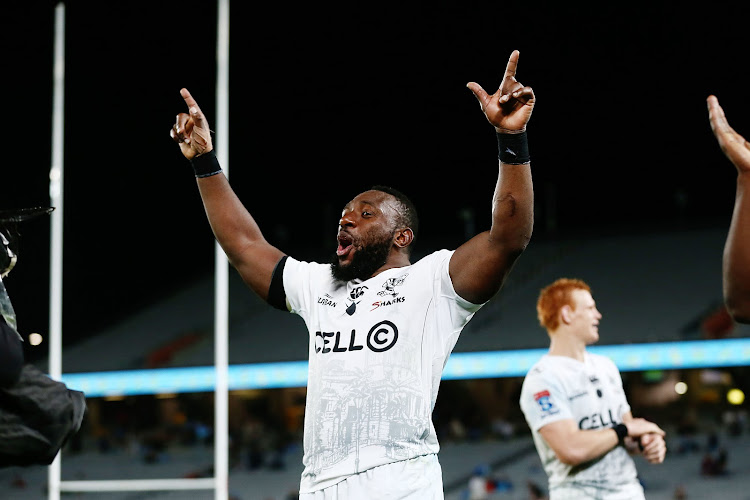 A Sharks forward pack denied the services of powerhouse loosehead prop Tendai “Beast” Mtawarira could be ripe for the Stormers' picking when the sides meet at King's Park on Saturday.

In their provincial guise‚ Western Province scrummed Robert du Preez's side into the ground on their way to a smash-and-grab Currie Cup final win in Durban last year.

With the Sharks forwards also taking a pounding against the Bulls last week‚ Du Preez said they need to establish parity quickly or deal with an abrasive Stormers pack that knows nothing else but going forward at the set-piece.

“It's all about the pack and it's going to be about forward dominance‚" Du Preez said.

"If we don't get that‚ it's going to be a long afternoon.

"It's going to be a set-piece battle and that's where I know they're going to target us but we'll be ready for them.

"We have to get ascendancy in whatever way that we can.

“Beast brings massive experience and I often say he brings a lot of passion and aggression with his leadership and he's been playing so well.

"He's a big loss but the guy that's stepped in (Juan Schoeman) will step up and he's done that for us.”

The Sharks don't have the opportunity to dwell on their home humbling.

Their two-from-eight season record doesn't allow them to even though the Stormers have turned out to be terrible travellers.

Du Preez has made three changes to the side that was consummately manhandled by the Bulls.

Mtembu falls out of the match-day 23 completely while Kobus van Wyk makes way for Mvovo on the bench.

Du Preez said they have to forget about their abysmal Bulls showing and give the returning Mapimpi a chance to show his wares in the wide channels.

“We are all disappointed and the players are hurting but we need to leave that game behind and move forward as tough as it is‚" he said.

"There's a new opportunity and that's been one of our focus points and we can't go into our shell.

"We have to go out there and enjoy the moment because it's only a game of rugby and not life and death even though it feels like that sometimes.

“Makazole hasn't played so far and he's itching to play. He'll be good on attack for us and I hope we can create a lot of opportunities for him.”