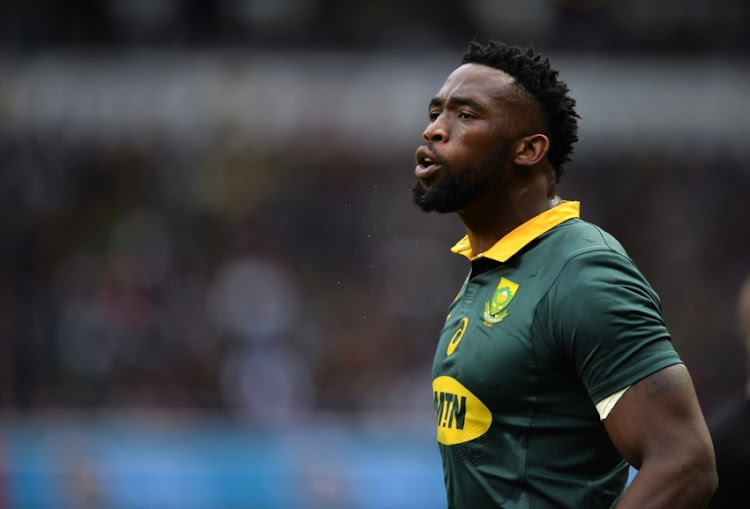 Siya Kolisi will become the first black African to captain the Springboks when he leads the team in a three-Test series against England in June.

Here are five reasons why coach Rassie Erasmus made the right call.

It’s one of those traits that’s hard to define but impossible to miss.

When Kolisi walks into a room‚ people tend to notice and when he speaks‚ they listen.

He is only 26 but has more maturity and clarity than many players older than him.

Coming from a humble background‚ losing his mother when he was 15 and having to fend for himself from a young age is part of it.

But he has also adopted his half siblings as their legal guardian and he is ploughing back into the Zwide rugby community where he grew up.

For Kolisi‚ being a rugby player is only a small part of who he is.

He stands for inclusivity and regularly reminds players in the Stormers team that they cannot think they are playing for one group of people over another. No one is seen as superior to another.

He is also happy to allow other voices when it comes to decision-making.

In a game of macho alpha males‚ fragile egos and brittle mental weaknesses are seldom addressed.

But Kolisi is a leader who likes to put his arm around a teammate and offer a safe space to confront his shortcomings.

Kolisi leads by example and is always the first player to accept responsibility for mistakes.

In 2017 he was the best loose forward in the Bok group and has shown that he can hold his own in the team regardless of his leadership status.

Siyamthanda Kolisi has come a long way from the dusty streets of Zwide‚ near Port Elizabeth in the Eastern Cape‚ to become the first black African ...
Sport
4 years ago

Springbok coach Rassie Erasmus says the recent transformation debates in South Africa played no role in his decision to award the team's captaincy to ...
Sport
4 years ago