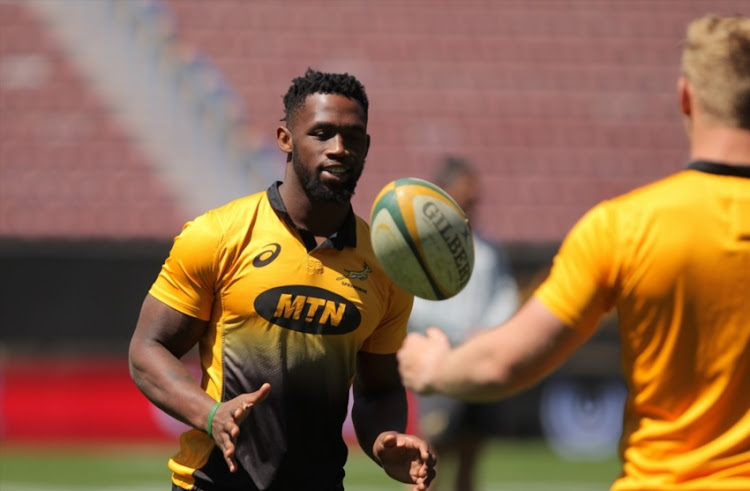 Siyamthanda Kolisi has come a long way from the dusty streets of Zwide‚ near Port Elizabeth in the Eastern Cape‚ to become the first black African Springbok captain.

Kolisi‚ whose mother Phakana was only 16 years old and his father Fezakele 18 when he was born‚ will become Bok captain number 61 to end more than a century of white players leading the senior national rugby team.

To become one of the best players of his generation‚ Kolisi overcame heavy odds that could have discouraged the faint-hearted as he was raised by his grandmother after his mother Phakama died when he was only 15 years old.

His father‚ who he invited on the special occasion of his Springbok debut against Scotland at Mbombela Stadium in Nelspruit in 2013‚ was not active in his life for most of his childhood.

Springboks coach Rassie Erasmus confirmed on Monday that the 27-year old would lead the Boks in the three-match Test series against England in Johannesburg‚ Bloemfontein and Cape Town next month in what has been described as a watershed moment for South African rugby.

This is a mammoth task for Kolisi‚ who was named Stormers captain at the beginning of Super Rugby in 2017 by Robbie Fleck after impressive performances for the Cape Town-based side in Currie Cup and Super Rugby.

He came through the ranks at Western Province after he joined the franchise from Grey High School in Port Elizabeth.

He was identified at the age of 12 after impressing scouts at a youth tournament in Mossel Bay and was offered a scholarship to Grey Junior in Port Elizabeth before moving up to Grey High School.

He was also a part of the Eastern Province Kings youth set-up between 2007 and 2009‚ played in the U-16 Grant Khomo Week and the U-18 Craven Week before moving to join Western Province where he progressed to the Super Rugby team.

He made his senior debut for Western Province against the Golden Lions in the 2011 Vodacom Cup and he was part of the six young guns that trained with the Springboks in June 2012 during the incoming tour against England.

A year later he made his full Springbok debut against Scotland aged 22 as an early substitute for Arno Botha where he gave a man-of-the-match performance in South Africa’s 30-17 win under former coach Heyneke Meyer.

He is married to Rachel and their interracial marriage has seen them racially abused on social media by trolls.