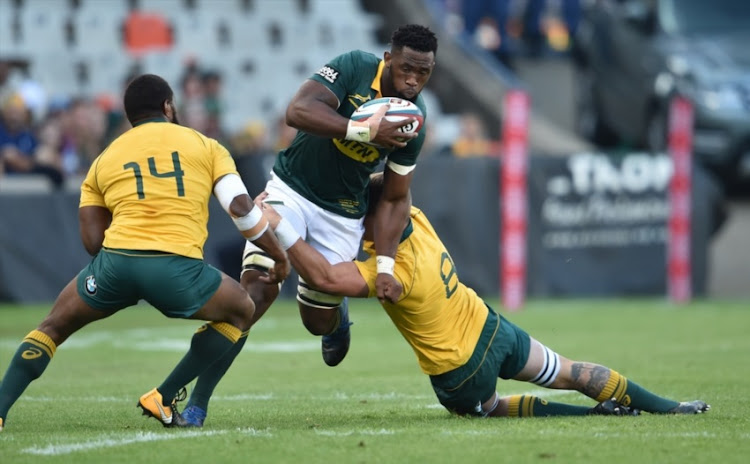 Siya Kolisi of the Springboks during the Rugby Championship 2017 match between South Africa and Australia at Toyota Stadium on September 30, 2017 in Bloemfontein, South Africa.
Image: Johan Pretorius/Gallo Images

South Africans tweeted their approval after Siya Kolisi was appointed Springbok captain on Monday for next month's three-game home series against England.

The 26-year-old flank‚ who is also the captain of the Stormers in Super Rugby‚ will become the first black African to skipper the Boks when he leads coach Rassie Erasmus' side against the visitors in Test matches to be played in Johannesburg‚ Bloemfontein and Cape Town next month.

Kolisi was a popular choice and while there were some who tried to put a damper on the excitement and sprinkled their racial prejudices on the social media platform‚ their negativity was drown out by the many South Africans who applauded Erasmus' decision.

Yes!!!! Congrats my brother!!! So proud of u, Captain! #siyakolisi https://t.co/MhSl9wAkp1

Wishing @Siya_Kolisi great success as he captains the Springboks. https://t.co/PL3ew8DyNt

Congrats to our very own Siya Kolisi for being appointed as the captain of the @Springboks! Massive honour and well deserved 🇿🇦🇿🇦🇿🇦 pic.twitter.com/4AbVSo48K3

What a big achievement and massive honor to Captain your Country 🙌🏽 Congratulations my brother @Siya_Kolisi pic.twitter.com/tttU2XnYpW