Willemse to be the new Pollard for Junior Boks 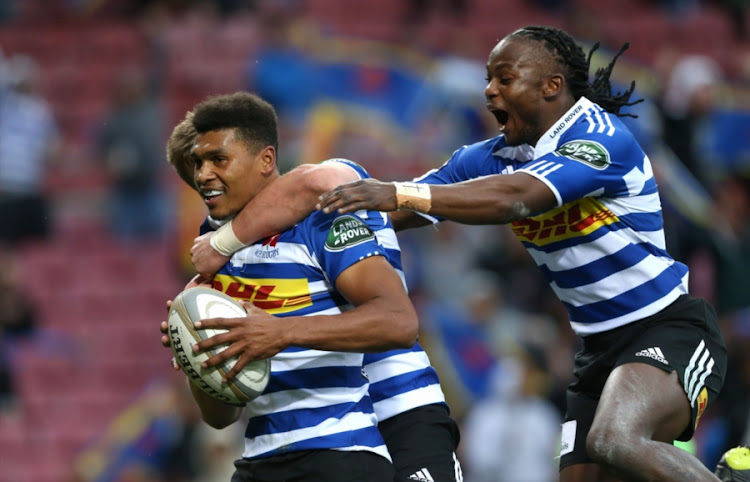 The last time the SA Under-20 team came close to winning the World Championships was in 2014 when they had the best flyhalf in the tournament in their ranks.

That year it was Handré Pollard who steered SA to two wins over New Zealand‚ in New Zealand‚ only for the team to lose to England by a point in the final. Pollard also played flyhalf when the Junior Boks won the title on home soil in 2012.

In the south of France on Wednesday Damian Willemse will make his first appearance for the Junior Boks this season in their World Championship opener against Georgia at the Stade Aimé Giral in Perpignan.

Willemse is already a seasoned Super Rugby player and a talent equal to‚ if not better‚ than Pollard.

Had the senior Springboks not had a decent crop of flyhalves to call on this season – Pollard‚ Elton Jantjies and Rob du Preez – Willemse might have been readying himself for a senior Test debut.

But he will have to wait a little longer for that accolade because his path and the route SA Rugby hierarchy hope he takes to Test rugby‚ is via the Junior Boks winning the U20 World Championship title.

Coach Chean Roux has overseen meticulous preparation for this year’s tournament that saw his side win five out of five warm-up games.

Three of those wins were against Wales‚ Scotland and England in the UK‚ which has boosted confidence and added expectation on the SA team.

Willemse didn’t feature in any of those matches due to Super Rugby commitments but he will slot on seamlessly.

Willemse is one of seven players in the match-day squad who participated in the tournament in Georgia last year‚ although he was used as inside centre 12 months ago.

Moerat and Ruan Nortje will form the lock duo‚ while flankers Dian Schoonees and PJ Steenkamp pair up with Uys in the loose trio‚ and Rikus Pretorius and Simelane will do duty in the midfield. Lombard starts at fullback‚ with Tyrone Green and Sihle Njezula at wing‚ while Jooste and props Sazi Sandi and Nathan McBeth will pack down in the front row.

On the bench‚ replacement lock Ruan Nortje will make his Junior Springbok debut if he takes to the field after missing the team’s internationals in the lead-up to the tournament due to a knee injury.

“We were fortunate to be able to select a settled squad‚ which will be handy against a physical and passionate Georgian outfit‚” said Roux. “All the players are fit and eager to play‚ and we selected a team that we thought would be best suited to the game against Georgia.”

Looking ahead at the clash against Georgia‚ Roux said he is expecting a physical onslaught: “Georgia play with their hearts on their sleeves and they will take to the field with everything they have.

"They are a forward-driven team‚ with a good scrum and lineout maul‚ so they will probably try to lay the foundation there. But that said‚ our plans for the game are mapped out and hopefully we can counter that.”

The 12 teams are divided into three pools: