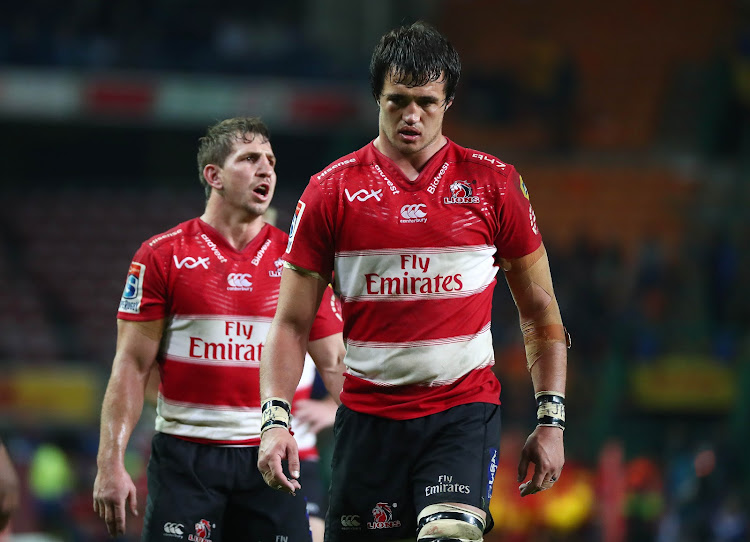 Gloucester’s raid of the Lions’ resources went into overdrive on Wednesday but the Johannesburg franchise are not letting go without a fight.

Gloucester announced on Tuesday that lock Franco Mostert and tighthead Ruan Dreyer would be joining their ranks next season.

The club already lured coach Johan Ackermann‚ Ruan Ackermann and Jaco Kriel to their Kingsholm base over the last year.

Mostert‚ who is expected to play a leading role for the Springboks in the three-Test series against England in June‚ comes off contract at the end of October‚ but Lions chief executive Rudolf Straeuli said they are contesting the move.

Kaya Malotana‚ the first black African to play for the Springboks‚ has warned against over-celebrating Siya Kolisi’s appointment as national rugby ...
Sport
4 years ago

“We are in dispute.

"We are contesting it because it is a transgression of World Rugby’s player movement regulations‚” said Straeuli without elaborating which points they are hoping to red flag.

“I can’t go into specifics of how we are fighting this but the process is under way. Our lawyers are busy with it. This is a legal dispute.”

Gloucester on Wednesday announced Mostert’s move to the club on their website and they later followed that statement with the news that Dreyer was also heading north.

“I’m excited about this move‚ because it’s a new chapter in our lives‚” said Mostert in the statement.

“I’m excited to learn about the English league‚ and also the values of my new team‚ and the things I’ve heard from other players are very positive. I hope to bring a new energy to the team.

South Africans tweeted their approval after Siya Kolisi was appointed Springbok captain on Monday for next month's three-game home series against ...
Sport
4 years ago

“I am beyond excited to link up with coach Akkies [Johan Ackermann] again‚ we have come a long way together‚ it wasn’t always the easy way but that is why I have so much respect for him as a coach‚ and as a role model. He has had a big influence on my life in more ways than one.

“I am always excited and ready for new adventures‚ and it is nice to have a new challenge and I like a challenge‚ as it pushes me to be the best and keeps me driven.”

The 27-year-old is currently in camp with the Springboks. He is part of the group that will not travel to Washington where the team will be playing Wales on Saturday.

They will instead be preparing for the three-test series against England in June.

Dreyer also said he was excited to join Gloucester.

“It is a new challenge and a different environment‚ it also allows for much more time spent with my Wife‚ Zonica and baby Boy‚ Anru‚ and that’s very important for us.

“I’m very excited to play under coach Johan again‚ he is a really good coach‚ and his people skills are probably among the best of the coaches out there.”

Siyamthanda Kolisi has come a long way from the dusty streets of Zwide‚ near Port Elizabeth in the Eastern Cape‚ to become the first black African ...
Sport
4 years ago

Siya Kolisi will become the first black African to captain the Springboks when he leads the team in a three-Test series against England in June.
Sport
4 years ago