Blitzboks on top of the world 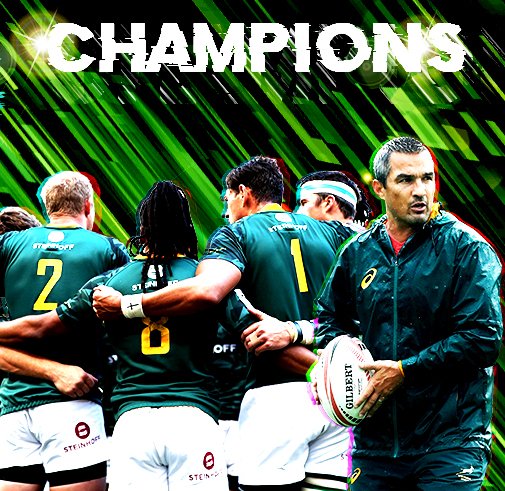 The Springboks staged a thrilling comeback from 24-3 down to beat England in the first Test at Ellis Park on Saturday - and the Blitzboks did a similar escape act to retain the title they won so comfortably the previous season.

South Africa needed to win in Paris to have any chance of defending their title at the 10th and final leg of the season, and they needed Fiji to be eliminated at the quarterfinal stage.

The Blitzboks lived up to their end of the bargain by reaching the final and beating England 24-14 in the gold medal match after Fiji were shocked in the last eight.

It was a perfect finale to a season that the Blitzboks bookended with tournament wins in Dubai in round one and Paris in round 10. In between they made every semi-final‚ were runners in up in three events‚ third in another three and fourth in two.

Despite five tournament wins‚ Fiji’s slow start to the season, which saw them only make one semi-final in the first three rounds‚ came back to hurt them in Paris. The Blitzboks finished with 182 points to Fiji’s 180.

England opened the door for South Africa with a 19-17 win over Fiji in the quarterfinals and the Blitzboks made the most of the opportunity.

They put a nervy display in their quarterfinal‚ when they needed extra time to beat surprise package Spain 19-14‚ behind them in a semi-final meeting with New Zealand.

The brilliant Justin Geduld scored the winning try in extra time to keep the dream alive.

The Blitzboks came out with a less tentative attitude against NZ in the semi-final‚ running in three unanswered tries to lead 17-0 before eventually winning the match 24-12.

With only England to beat to claim the title for a third time in SA’s history‚ the Blitzboks‚ playing without the injured Seabelo Senatla‚ made the perfect start in the final.

No animals were hurt in the taking of this picture. But there were months of blood, sweat and tears. And belief. And teamwork. #WePlayForYou @ASICS_ZA @CastleLagerSA @FNBSA pic.twitter.com/Tb9pN6tQrV

Werner Kok stepped his way past four tacklers in driving rain for the opening try three minutes in. But England bounced back with two quick tries to lead 14-7.

However SA went into the break on level terms when Ryan Oosthuizen scored and Geduld banged over a touchline conversion.

After halftime the livewire Dewald Human‚ only in the team for the injured Branco du Preez‚ sniped in for the team’s third try. Again Geduld landed a tough conversion from the touchline.

SA managed the game brilliantly from then on‚ keeping the ball deep in England territory and asking them to run in treacherous conditions.

With a penalty in front‚ SA took the unusual option of kicking for goal to make ensure England had to score twice to win after Geduld landed his fourth kick of the game.

It was a pragmatic and professional decision‚ which summed up the entire campaign.

Blitzbok skipper Philip Snyman has urged his players to break the shackles and have fun in the 2017/2018 World Sevens Series finale in Paris this ...
Sport
4 years ago

Fiji relaxed as they close in on World Seven Series crown

Fiji have won the last four tournaments of the 2017/18 HSBC World Sevens Series and have one hand firmly on the trophy with a seven-point lead over ...
Sport
4 years ago