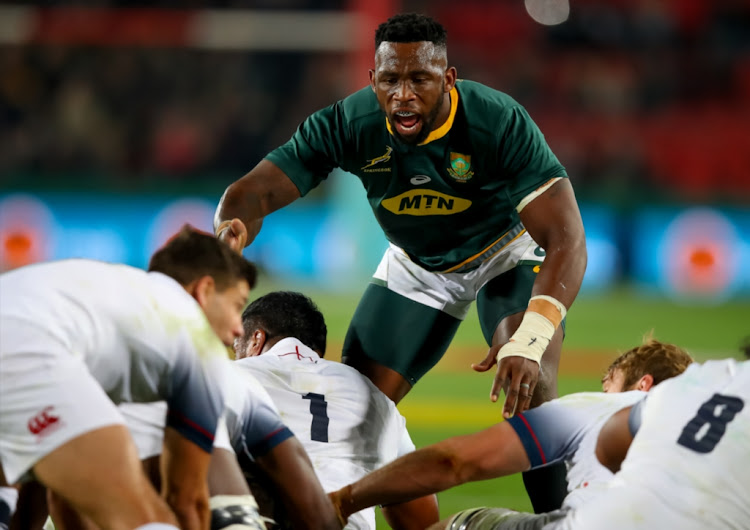 Jones‚ the articulate‚ and sometimes acerbic Australian‚ has been gracious in his remarks about the country since his team arrived last week.

“Full congratulations to South Africa and the country" Jones said.

"It was a big day. Obviously it is a big‚ big moment for the country to have Kolisi as captain and to win his first game at Ellis Park.

“Whilst I’m desperately unhappy to have lost the game I think it is a great thing for rugby generally and for the game here in particular.

“To have the first black captain to win at Ellis Park‚ the spiritual homeland of the Springboks is an enormously symbolic thing for South African rugby and it shows transformation is working and that he’s probably going to be a good captain.

"I hope he’s not too good in this series.”

Kolisi was a little more detached from the moment.

“To be honest I haven’t had that moment yet‚” said Kolisi when asked if he had absorbed the significance of the moment.

“The most important thing was for me to pitch up and for us to play as a team. Maybe I’ll have that moment after the last game in Cape Town‚” said the captain.

Jones was revelling in the moment and the spectacle served up by the Boks and England who ran each other ragged.

“I thought it was a wonderful game of rugby‚” said Jones.

“In the first 20 minutes we were at times brilliant. Maybe we got seduced by the game.

"That made for uncharacteristic individual errors which allowed South Africa back in the game.

“They piggybacked on the back of 17 penalties. When we balanced possession a bit better‚ we were back in the game.

“I’m immensely proud of my team. They played with a lot of courage at the start of the game‚ a lot of spirit‚ a lot of endeavour.”

Jones believes his team can bounce back in the second Test.

“They got a ‘get out of jail card’ and sometimes you don’t get that again. They know they were in a helluva game.

"They did well to get home and deserved victory. They’ll get confidence out of this. We’ll take confidence from the game.”

England will travel back to their base in Durban to prepare for Saturday’s second Test in Bloemfontein with a relatively clean bill of health. “Tom Curry has cramps‚” said Jones.

“Elliot Daly has a slight leg contusion and everyone else is pretty good. For a high velocity game we came out pretty well.”

Siya Kolisi is hoping to invoke the spirit that helped bring past success at Ellis Park when the Springboks clash with England in the first Test on ...
Sport
3 years ago

Bok coach Rassie Erasmus on Thursday sought to flesh out the sketchy details of Bismarck du Plessis and Frans Steyn’s sudden withdrawal from the ...
Sport
3 years ago