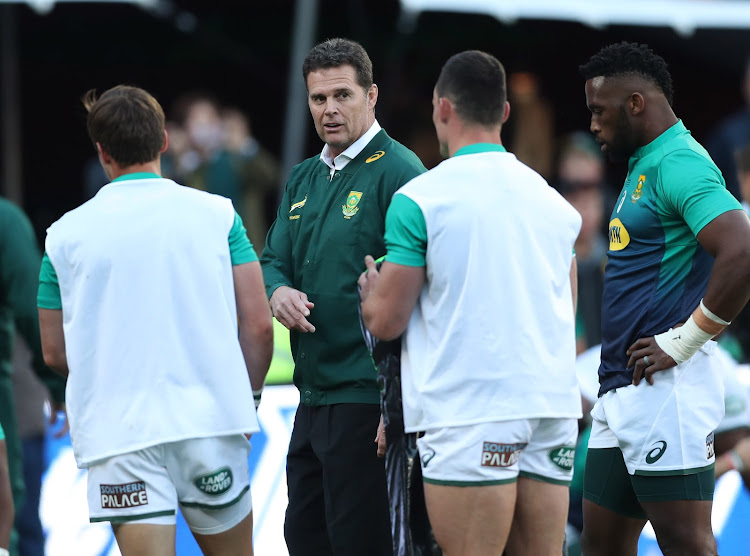 Already one-nil down in the series‚ the sight of Schalk Brits bolstering the Springbok ranks is probably the last thing England and their wily coach Eddie Jones would have wanted this week.

Brits doesn’t just come with experience‚ but he has the bustling energy that could further raise the intensity in a series that got off to a lung busting start at Ellis Park last Saturday.

Bok coach Rassie Erasmus added Brits to the squad‚ and he will be required to fill the gap left by Bismarck du Plessis’s no-show‚ purportedly due to injury‚ last week.

“It helps‚” said Erasmus about a player who is effectively coming out of retirement after again winning the Premiership with Saracens a few weeks ago.

“He’s in the same category as a Bismarck in terms of experience. He knows a lot of the English players well. We can only learn from him.

“Apart from being experienced he’s also a quality player. Two weeks ago he still won a Premiership. He’s pretty much on the ball.”

The 37-year-old is undoubtedly a player of substance.

Nibble of foot and sure of hand‚ he made his name as a hooker that dazzled before he moved to the United Kingdom.

Applying himself in the basics his position demands‚ while spreading himself thin in the boiler room of the tightfive‚ has helped enhance his reputation at Saracens. Some see him as the best import to ever play in that league.

Erasmus said Brits‚ who debuted in 2008 and played his last Test was in 2015 against the United States at the World Cup‚ will be with the squad until at least the end of next week.

“Then we will reassess. He’s still fit. We will definitely consider him for the match day 23. We will try a few things‚” said the coach.

While Brits’s involvement is a fluid arrangement‚ Erasmus confirmed Faf de Klerk and Willie le Roux’s availability for the Rugby Championship. Duane Vermeulen’s situation still needs clarification with the coach suggesting the big backrower will only be available for some matches.

“We’ve been working with these guys for a while‚” Erasmus said about his foreign legion.

“We didn’t take a chance with them. We knew they’d be in shape. Not all will be available for Rugby Championship‚ Faf will be.

"Duane we are still… we are trying a few things and see how we get along without him in the Rugby Championship.

“Eben (Etzebeth)‚ Lizo (Gqoboka) and Coenie (Oosthuizen) will be available.

"We can build more leadership without Duane but we can call him back through Regulation 9 and say ‘you have to play’".

That of course‚ will only lead to friction and for the moment Erasmus’ options are on the increase.

Meanwhile, Erasmus on Monday said that flyhalf Handre Pollard, who suffered a knock to his shoulder, is expected to be fit for Saturday's Test but the picture isn't as clear for fullback Willie le Roux.

The fullback who starred in the win at Johannesburg, sat out Monday's practice at Shimla Park with an unspecified injury.