Boks have to be wary of England backlash in Bloem 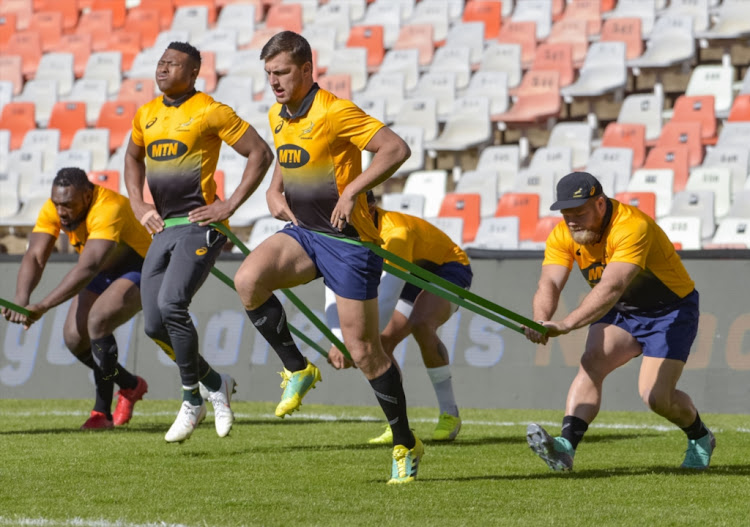 Bok legend Andre Venter looked like a man on a mission when he wheeled into the lobby of the South African team hotel on Friday.

The hugely influential former enforcer‚ who has been confined to a wheelchair since being diagnosed with a degenerative syndrome of the central nervous system‚ was the man assigned to hand the players their jerseys ahead of Saturday’s second Test against England.

The handing-over ceremony is an opportunity to summon words of encouragement and inspiration and the former flank wouldn’t have had to say much to stir Bok emotions.

If the virtues of the enduring human spirit were lost on the Boks on Friday‚ then Venter could at least have warned them of the perils of complacency when you’re 1-0 up in a series against England.

Venter was a strapping backrow bruiser when the Springboks brought a 1-0 lead here in 2000. They‚ however‚ ran into the unerring boot of Jonny Wilkinson who mercilessly punished their wide range of indiscretions. Eight penalties and a dropped goal carried England to a 27-22 victory and the series was shared.

That England team was a developing force and almost half that starting XV would line up for the World Cup final against the Wallabies three years later.

The Springboks will be desperate to avoid the fate that befell them here on a bitterly cold June evening 18 years ago. They won last week’s opening Test in Johannesburg but there is much room for improvement.

Captain Siya Kolisi stressed the importance of increasing the high levels of intensity they set a week ago at Ellis Park when his team orchestrated a come-from-behind victory.

“It’s simple for us. We need to increase our intensity and work rate. We did last week but we made a lot of mistakes. We need to keep it [the intensity] up for 80 minutes.

“No-one travelled back from anywhere this week. We had a proper week together. We need to start on a high and not drop off.

“We want to keep that intensity when the substitutes come on.”

Should the Boks keep the heat on England the visitors are likely to falter in the final quarter. Bok coach Rassie Erasmus said earlier in the week that he expects the altitude to again catch England later in the game. He stressed that they should be able to deal with it better on Saturday.

Whether England come out with the same commitment to attack as they did at Ellis Park remains to be seen. The Boks expected the Red Roses to apply the boot generously and were caught cold.

Either way‚ whether through Venter or from what they experienced in the first Test‚ they have been warned.

The Springboks are in awe of teammate Tendai ‘Beast’ Mtawarira playing in his 100th Test on Saturday‚ but no-one dares make a fuss.
Sport
3 years ago

England coach Eddie Jones resisted the temptation to make wholesale changes to his team for Saturday’s second Test against the Springboks in ...
Sport
3 years ago