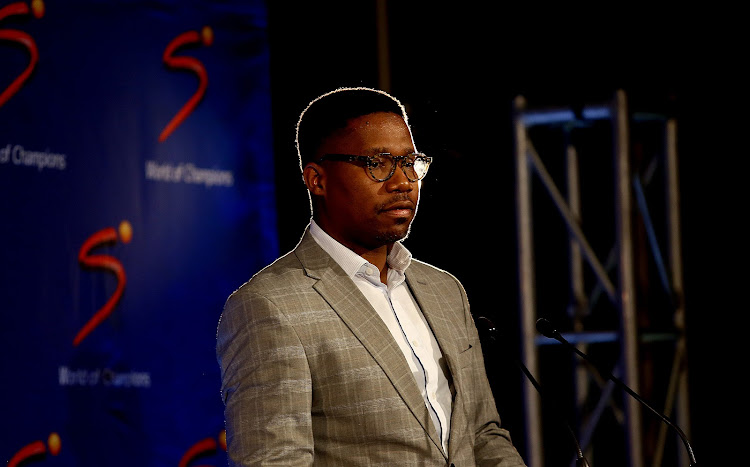 SuperSport CEO Gideon Khobane addresses the media on June 19, 2018 on the investigation into alleged racist comments made towards Ashwin Willemse during a live studio broadcast.
Image: Masi Losi

SuperSport announced on Tuesday that Nick Mallett and Naas Botha have been cleared of racism allegations by Advocate Vincent Maleka's report into Ashwin Willemse's studio walkout that took place on May 19.

SuperSport chief executive officer Gideon Khobane said the report found that Mallett and Botha were not racist and they did not exhibit any unintended or subtle racism.

Khobane also said Willemse did not take part when the report was being compiled.

Willemse‚ who represented the Springboks in 19 tests from 2003 to 2007 and was also part of the 2007 Rugby World Cup winning squad‚ walked off set after the conclusion of the Lions/Brumbies Super Rugby match that took place at Ellis Park.

Willemse spoke of being labelled a "quota player" and refused to be "patronised by two individuals who played in an apartheid/segregated era".

Willemse went on to say he "can't work with people who undermine other people" and that he was "glad it happened on live TV so that people can see".

The saga of SuperSport rugby pundit Ashwin Willemse’s walkout of a live broadcast last weekend took a new twist when he and co-presenters Nick ...
Sport
3 years ago

Puzzled why Ashwin Willemse got offended? Read on

The issues are ‘very profound’: Willemse speaks after studio walkout

Ashwin Willemse‚ the main character in a crisis at SuperSport after he staged a walkout on air over dissatisfaction with his co-presenters‚ said the ...
Sport
3 years ago