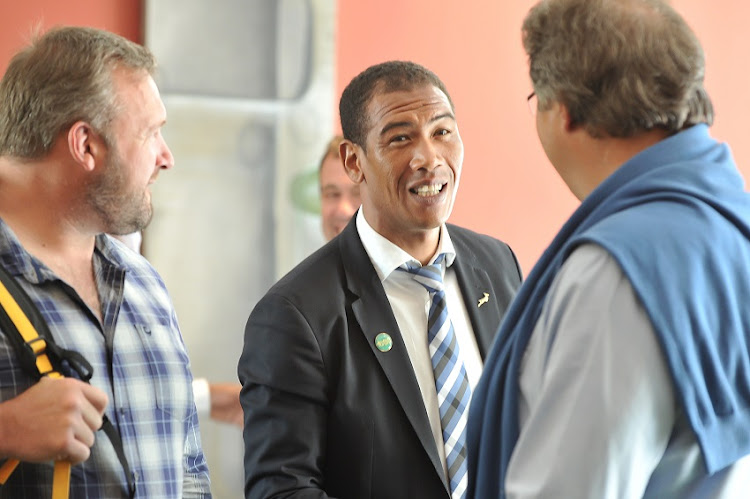 Ashwin Willemse's legal representative Nqobizitha Mlilo says Advocate Vincent Maleka SC was supposed to compile two reports into the former Springbok winger's much publicised studio walkout last month and they are yet to be shown this document.

Mlilo told TimesLIVE that Maleka told them that he was going to compile two reports‚ one for SuperSport and one for public consumption.

"We assume that he is going to produce the two reports he has published‚" Mlilo said.

"We haven't got sight of the one that has been given to SuperSport and we weren't given a copy of the report prior to the press conference‚ so we listened to it.

"The report that you have is the one that everyone else has.

“We were promised that we were going to be given a copy of SuperSport's report and we were never given a copy.

"We don't know what is the difference between the reports because we were told that two reports were going to be published; one for public consumption and one for SuperSport.

"Why he decided to do that‚ we don't know either.”

Through their spokesperson Clinton van der Berg‚ SuperSport initially declined to comment but then referred TimesLIVE to Maleka‚ who said Mlilo's claims were unfounded.

“There's only one report I sent to the attorneys for the attention of SuperSport‚" Maleka said.

"I know not of a second report.

"However‚ I can't comment on the process in terms of how the report was presented to Willemse's attorneys. I was not party to that process.”

Willemse walked out of the SuperSport studios in Randburg following the Lions/Brumbies game at Ellis Park on May 19 and SuperSport instituted an inquiry into the events of that night.

Willemse was sharing the panel stage with former Springbok players Naas Botha and Nick Mallett‚ from where he walked out‚ saying that he would not be patronised by players who played in the apartheid era.

Mallett and Botha were cleared of racism allegations by the report and will resume their studio duties‚ but Supersport conceded that Maleka said the report was poorer without Willemse’s inputs.

Willemse was given an opportunity to participate in the inquiry.

Mlilo said they approached the Equality court because they felt the process was flawed.

He added that Willemse was not a full-time employee and was employed on a contractual basis.

“The entire process was flawed from the onset‚" Mlilo said.

"Ashwin is not employed by SuperSport‚ he is an independent contractor. On what basis do you call him to an inquiry? What is the legal status of that inquiry?

“When we attended‚ Advocate Maleka told us that participation was voluntary and the matter then lay with the process.

"Maleka told us he was going to interview people who were necessary to the process.

"If he spoke to A‚ we wouldn't know what they have told him and they would have been speaking to them in our absence.

"Their version is not challenged and he takes all of that information and on his own‚ decides who and who isn't telling the truth.

"That process is illogical and deeply flawed.

“He was being used to chlorinate a mess that SuperSport found themselves in and we were not going to participate in a process that was going to sanitise SuperSport.

"We weren't going to deliver Ashwin to him‚ only for us to collect him in a coffin.”