The Sharks begin difficult path to the Super Rugby play-offs 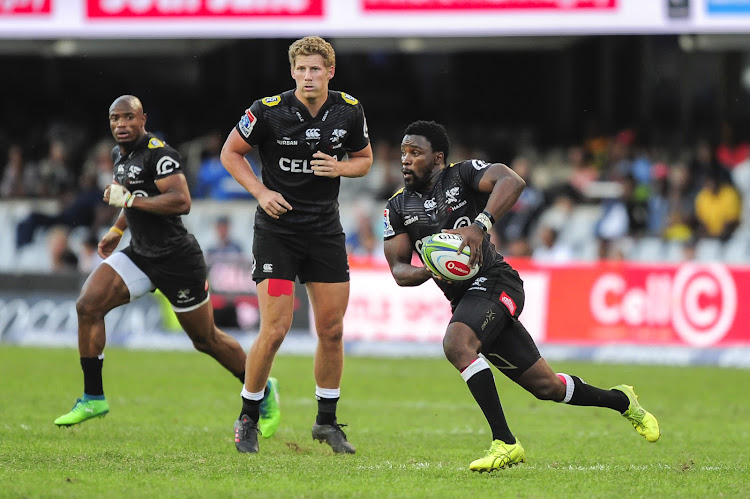 Lwazi Mvovo of the Cell C Sharks during the 2018 Super Rugby game between the Sharks and the Chiefs at Kings Park, Durban on May 19 2018.
Image: Gerhard Duraan/BackpagePix

The Sharks made their difficult Super Rugby bed‚ slept in it and now have to chart a difficult path to the play-offs.

They have matches away to the Stormers next week and at home against the Jaguares the following weekend and Sharks captain Ruan Botha is aware of how important the next three weeks are.

“If you think of paths of getting to the play-offs‚ this is actually the ideal path. We've got two home games and one away game that's still in South Africa‚" he said.

"We really need to take it game by game and the focus is on the Lions this weekend.

Springbok coach Rassie Erasmus confirmed that No 8 Duane Vermeulen would not be available for the Rugby Championships while describing his team’s ...
Sport
4 years ago

"It's not going to be an easy game and the next three games are going to be make or break for us.

“Having these four weeks off have emphasised how important the next three games are. We really need to focus on each game as it happens. The first challenge are the Lions and we need to get maximum points from that game.”

The Stormers are in Argentina this weekend for a game that could sum up their terrible season.

A Stormers defeat could end the Sharks' play-off hopes‚ which themselves could be extinguished if the Durban side does not beat the Lions.

Robert du Preez's side trail the Jaguares by six points and the Argentineans have the benefit of the later game on Saturday.

Springbok coach Rassie Erasmus took some of the blame for flyhalf Elton Jantjies’ poor performance in the third Test against England at Newlands on ...
Sport
4 years ago

The Lions may be home and hosed from a play-off perspective but they have been far from convincing.

Swys de Bruin's side have a bigger play-off fish to fry‚ like finishing in the top two to secure a reasonable route to the final.

Botha acknowledged that the Lions would be a smarter side from the one they faced at the start of the competition and they may have players who could have a point to prove after the international break.

“The Lions are getting back a few big names like Warren Whiteley and Malcolm Marx from injury and that's another big boost for them. A South African derby is always a big game‚ regardless of the stature of the game‚” Botha said.

England ended a five-Test losing streak with a controlled performance at a slippery Newlands yesterday to save some face and take their first win in ...
Sport
4 years ago

“I don't think about the first game. That's something of the past.

"There are a lot of challenges the Lions had to face this season. They had a few big injuries and they battled to get back into the groove.

"It's a brand new team‚ some of the guys have played for the Boks and some have played in the Rugby Challenge.

"It's almost like kicking off a new campaign‚ just with higher stakes.”