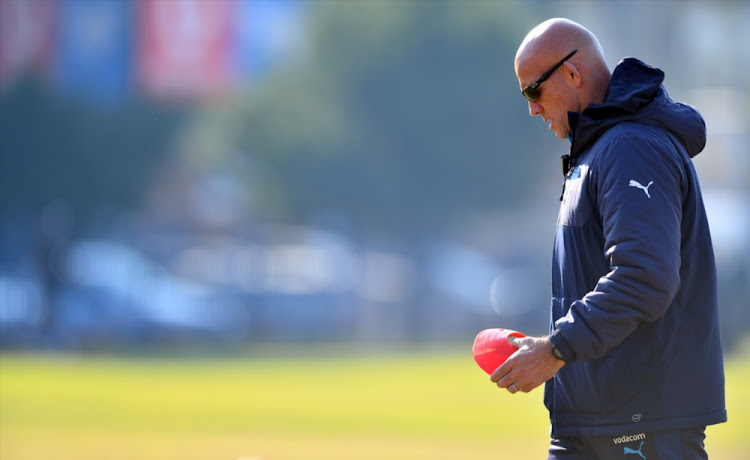 After another disappointing Super Rugby campaign where they have failed to qualify for the play-offs‚ Bulls coach John Mitchell has confirmed that they will be recruiting ‘world class’ players to Pretoria next season.

The last time the Bulls made it to the play-offs was in 2013 where they were stunned 26-23 by the Brumbies in the semi-final at Loftus and Mitchell said it was time to change their model and focus more on quality rather than quantity.

Looking back at their dismal season where they have only managed five wins out of the 14 matches with two to go against the Jaguares on Saturday at home and the Lions away next week‚ Mitchell said an overhaul is needed at Loftus.

“We are currently talking to some world class players who we are looking to bring here‚” he said.

“I am talking world class players and not Currie Cup players. It is important that we get the right people here and also to manage expectations of other players who will be in competition with those players‚” he said adding that the expected arrivals will see others go through the exit door.

“Unfortunately the harsh reality of this business is that some people will no longer have a future here because of performance or the fact that we are bringing someone better. All those situations become apparent‚ it is all about changing your model‚ focusing on quality rather than quantity and making sure that there is a definite focus on your team.”

Springboks and flayhalf Handrè Pollard said he was excited to hear Mitchell talking about strengthening the squad with top talent.

“It is awesome to hear the coach talking about world class players. It will be good if they can come here‚ strengthen the side and we benefit a great deal. We want to go forward and we want to bring results‚ we have been working hard for the past few years but just can’t get the results. If there are players who can come here and make a difference and help us to take us forward I will be happy with that‚” said Pollard.

Mitchell went on to say that South African teams in Super Rugby suffer because they don’t have quality squads to compete consistently at Super Rugby level.

“Every South African team suffer because we do not have squads that are entirely Super Rugby quality. I think we are guessing and thump sucking thinking that we can win the tournament of this magnitude with the amount of games that we have to play. There are eight weeks after the second bye and next year we have 12 weeks after second bye‚ you can’t rely on a handful of Super Rugby quality players and that is a joke. At the end of the day you are putting young men into situations that they are not ready for‚ that is just the reality of what we have and it shows on the scoreboard.”

Bulls and former Springboks captain Adriaan Strauss is retiring from all forms of rugby at the end of the current Super Rugby campaign.
Sport
4 years ago