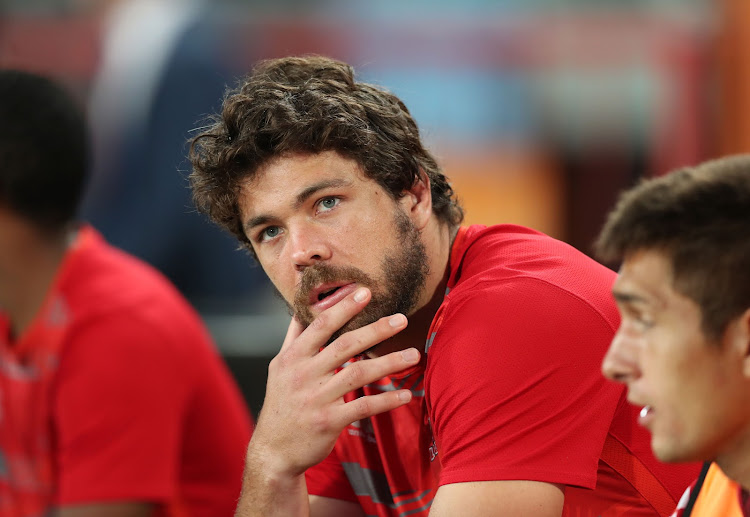 The Lions aren’t quite in pole position but they are on the front row of the grid next to the Crusaders as the league stages of Super Rugby drew to a close.

That isn’t the only area in which they find themselves in such illustrious company.

“Clearly if you get a home finals (series) you have a big chance‚” said Bulls coach John Mitchell about the Lions.

The Lions topped the South African conference and have hosting rights in the quarterfinals (against the Jaguares next Saturday)‚ as well as the semi-finals should they get there.

“If you look at the teams in the competition that have the ability to go to their scrum and their maul then the Crusaders and the Lions are the two teams‚” said Mitchell after the Lions beat the Bulls 38-12 at Ellis Park.

“You don’t have to go and play a whole lot of flash rugby.

"If you look at the last two competitions it has been won by the team with line speed in defence. That probably gives you an indication of what is coming in the finals series.

“The Lions and the Crusaders are the best at scrum and maul and they can dictate performance through that.”

Mitchell cautioned however that “there’s still plenty to play out” and the Lions would probably have to travel to Christchurch to win the competition.

In order to be real contenders should that opportunity present itself‚ the Lions need to adopt a few more of the eight-time champions’ habits.

The Lions may be the joint top try scorers with the Crusaders after the league stages‚ but being more ruthless when the going is good is one area they can seek excellence.

It is a point not lost on captain Warren Whiteley.

“I still feel we have an extra gear. There is still a lot to work on.

"There is definitely a lot to work on. I think we are on the right path and the curve is upwards.”

Coach Swys de Bruin meanwhile beamed from ear to ear after his team matched the Crusaders with 77 tries each in the league stages of the competition.

“We want to play an exciting brand and to score tries. We both have 77 tries‚ if we had one more it would have been great.”

For the Lions it isn’t a matter of style over substance. As Mitchell reminded they can revert to the rough and tumble of tight forward play if they need to.

They had to do that against the havoc seeking Bulls.

“We didn’t get what we were looking for and we had to change and be a bit more conservative with the pack of forwards. We backed them and the pack stood up when we needed them” said De Bruin.

The slow poison eventually took its toll. It is a method they may have employ with even greater conviction this weekend when they host the Jaguares.

“They are a very dangerous side‚” opined Whiteley.

The Jaguares‚ the most travelled team in the competition‚ will set up camp in Durban until Thursday.

“The challenge for them is it is week three on tour‚” said De Bruin.

“We know what it is like. They are used to.

"It is a good thing they are down in Durban because they will have to come (and readjust) at altitude again. That will play a part but it won’t be the vital thing.”