The Lions can handle the pressure‚ says captain Warren Whiteley 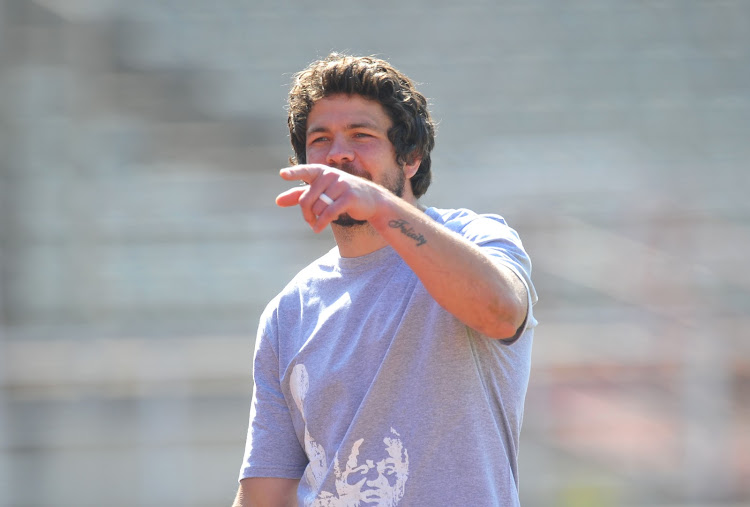 Warren Whiteley of the Emirates Lions during the Lions training on July 17 2018 at Johannesburg Stadium.
Image: Sydney Mahlangu/BackpagePix

Their increasing familiarity with the pressure of play-off matches will only stand the Lions in good stead as they go into the knock-out stages of Super Rugby‚ says captain Warren Whiteley.

The Lions play the Jaguares in a quarter-final at the Emirates Airlines Park on Saturday‚ and although their season produced more glitches than it did in the league stages last year‚ they get cutthroat in the knock out stages.

“That experience is golden‚ having been in those situations‚” said Whiteley about the knock out experience the Lions have built over the last two seasons.

“Coach Swys (de Bruin) has also been in this situation so we know how to do this‚ but we still have to do the job‚” cautioned the captain.

Nic Groom’s experience and refined kicking game were elements that were to serve the Lions well in the knockout stages of Super Rugby.
Sport
3 years ago

For De Bruin the challenge remains the same.

Irrespective the occasion‚ for the Lions it’s about best enforcing their game plan on their opponents.

“We won’t change what we’ve done the last four and a half‚ five years. We’ll find a balance between running and kicking. We want to score tries‚” insisted De Bruin.

Both sides will go into Saturday’s quarterfinal still in search of their best form.

The Lions lost to the Sharks before making a slow start against the Bulls in their last league match.

“We will have to be at our best. We have to start better and be more consistent‚” said Whiteley.

The Sharks have the serious weight of history they need to shrug off their shoulders when they meet the Crusaders in their Super Rugby quarter-final ...
Sport
3 years ago

The Jaguares lost to the Sharks last week but the Lions aren’t reading too much into it. The tourists rested key players with the aim of frying bigger fish this weekend.

“We noticed that quite a few of their players didn’t play. We just tried to pick up a trend or two. We didn’t analyse that game fully and there is a reason for that‚” said De Bruin.

The match is scheduled for a mid-afternoon kick-off‚ a factor that should count in the hosts’ favour.

“We like playing at three or five‚ We’ll play in a bit of sunlight and the ball is dry.” said Whiteley before De Bruin felt the need to interject.

“They say the air is a lot thinner at three o’clock‚” De Bruin chuckled.

Statistics don’t lie‚ but they can be bent to the truth you wish to seek.
Sport
3 years ago

Cronjé was going to start this week‚ regardless. Dyantyi comes in for Courtnall Skosan who drops to the bench.

“Between Courtnall and Aphiwe will share the game time equally‚” said De Bruin.

The Lions team is: