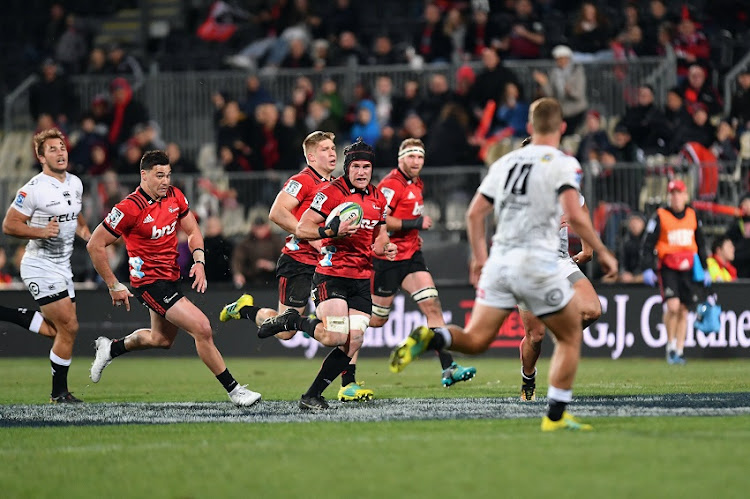 Matt Todd of the Crusaders charges forward during the Super Rugby Qualifying Final match between the Crusaders and the Sharks at AMI Stadium on July 21, 2018 in Christchurch, New Zealand.
Image: Kai Schwoerer/Getty Images

Bryn Hall and David Havili scored early tries just three minutes apart as the Canterbury Crusaders used a strong defensive effort to crush a wasteful Sharks side 40-10 in their Super Rugby quarter-final in Christchurch on Saturday.

Scrumhalf Hall and fullback Havili crossed inside the first 12 minutes, while Matt Todd touched down early in the second half before Braydon Ennor and Pete Samu added late tries to set up a semi-final against the Wellington Hurricanes next week.

The Sharks dominated long stretches of the match at Rugby League Park but the South Africans wasted several scoring opportunities and found the defending champions’ relentless defence too organised and too difficult to break down.

Winger Jacobus Van Wyk scored the Sharks’ only try, with flyhalf Robert du Preez adding the other points with the boot.