Why the Lions will be the Hurricanes' biggest supporters this weekend 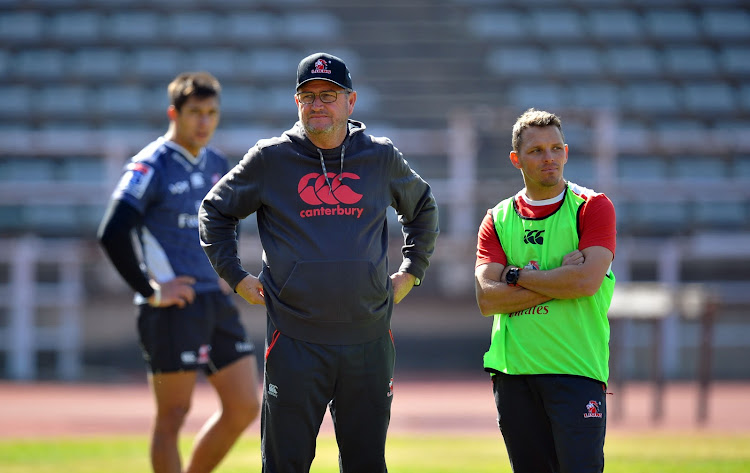 The Hurricanes will go into their Super Rugby semi-final against the Crusaders in Christchurch with all the well wishes the Lions can muster.

Victory for the Hurricanes means the Lions will avoid having to travel to Christchurch for the final if they beat the Waratahs at Ellis Park on Saturday.

“I coached with him at the Sharks Academy years ago‚ so I’ll definitely send Boydie a good message.”

The Lions will be forgiven for directing whatever good karma to the ‘Canes.

A South African team is yet to win a Super Rugby play-off game in New Zealand. They’ve failed on 13 occasions.

At least the Lions have home ground advantage against the Waratahs in the second semi-final on Saturday.

“That’s why we have to keep pushing and hope the Hurricanes can produce a massive game. Then we’ll bring our side if we can.”

The Lions got to the semi-finals by beating the Jaguares at Ellis Park. Jaguares coach Mario Ledesma is clear about where he’ll put his money in the play-offs.

When asked for his team’s winning recipe after recording two groundbreaking wins in New Zealand earlier this year‚ Ledesma quickly reminded: “we didn’t beat the Crusaders. It is not the same‚ it is not the same‚” he pointedly noted.

“They are happy to defend for 40 minutes and then on the first opportunity they score. They are very clinical‚ they have a good set piece. There are not many weak points‚ good luck.”

Ledesma‚ who broadened his coaching horizons with a stint as Wallaby forwards coach before returning home‚ believes the Waratahs will present the Lions are considerable challenge.

“First you have to beat the Waratahs. You can challenge them up front but they are one of the teams with the best players at the back‚" he said.

"They have X-factor in every position out there. They have Kurtley Beale‚ Bernard Foley‚ Israel Folau‚ Taqele Naiyaravoro. It is going to be a challenge and I’ll be watching.”

When Ledesma realised the Waratahs have to travel to Johannesburg for the semi-final‚ he slightly tempered his expectation of the visitors.

“It’s an advantage‚” said Ledesma about the effects of altitude.

“However‚ they have a lot of international players. They are used to that. When I was at the Wallabies we came to play here a couple of times. It was never really an issue to play at altitude.”

Ledesma believes‚ however‚ the Lions have a quick tempoed game that exacerbates the affects of altitude on the opposition.

“They definitely do‚" Ledesma said.

"But they play like that even when they are away from home.”