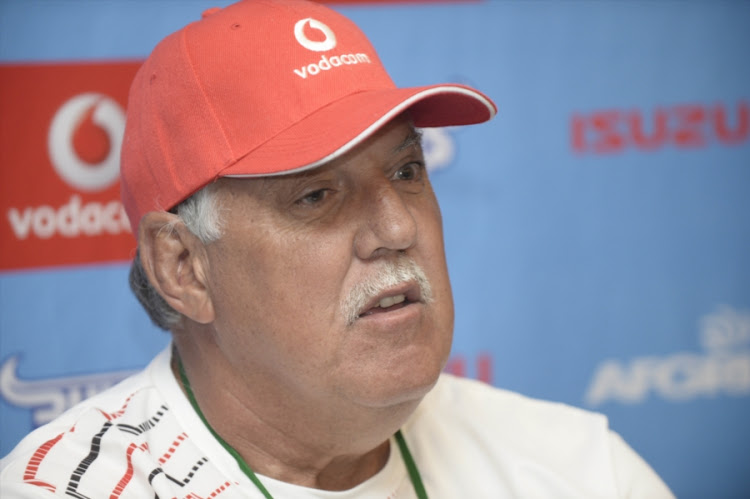 Veteran coach Pote Human will be in charge of the Blue Bull in the coming Currie Cup campaign.

The 59-year old Human coached the team in 2006 when they drew with the Cheetahs in the Currie Cup final at Loftus to share the trophy.

He was also assistant to Heyneke Meyer in the following year and served as forwards coach when the Bulls clinched their first Super Rugby title.

“I am really proud to be part of this system‚ with every day being a learning experience for me and all those involved‚” said Human.

The Pretoria side announced that the veteran coach will be assisted by former Blue Bulls stars Gary Botha and Hayden Groepes.

“There is a new energy at Loftus‚ and even though the results may not show it yet‚ I believe that there is something very special brewing here‚" Human said.

"We have a young and exciting group going into the season‚ and I look forward to growing with these players.”

While Human will be tasked with recapturing the Currie Cup‚ Super Super coach John Mitchell will spend time with the juniors to instil the ‘blue print’ functions throughout the club.

Human had a stint in Japan and also spent a few successful seasons at University of Pretoria (Tuks) where he won two Varsity Cup titles.

He has also coached the unfancied Griquas in the Currie Cup.