The Lions can beat the Waratahs‚ but can they be trusted? 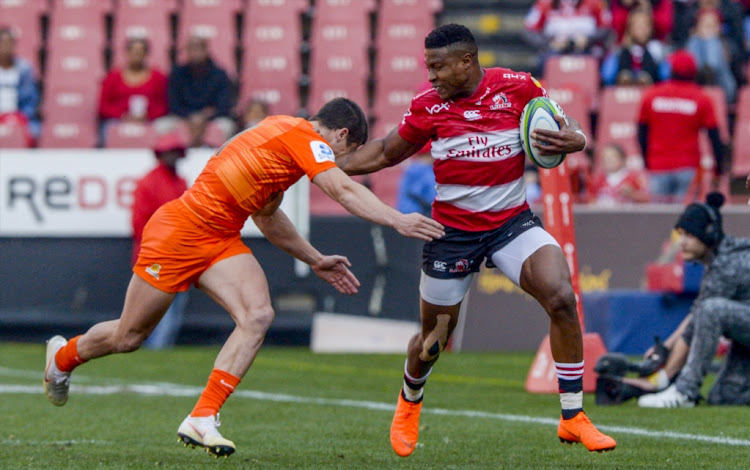 Aphiwe Dyantyi of the Lions tries to break a tackle during the Super Rugby quarterfinal against the Jaguares at Ellis Park on July 21, 2018 in Johannesburg, South Africa.
Image: Sydney Seshibedi/Gallo Images

This time last week‚ there were eight Super Rugby combatants and now only four remain as the competition finally reaches the home straight.

For the second year running‚ Christchurch and Johannesburg will be the distinguished semifinal hosts with the latter city hosting its third consecutive Super Rugby semifinal.

The Lions beating the Waratahs is not quite cut and dried while the clash between the Crusaders and the Hurricanes is the mother of all New Zealand derbies.

Ordinarily‚ these teams should have been hosting the Lions and the Waratahs but with the way Super Rugby is set up‚ that’s not the case.

However‚ Super Rugby is what it is and the best New Zealand rugby has to offer could provide the final before the final. The well-drilled teams coached by Scott Robertson (Crusaders) and the departing Chris Boyd (Hurricanes) collected more points than the Lions and Waratahs and showcased the best that New Zealand have to offer.

The last time they won there (35-10 in 2016) was when they went on to win their first and currently only title when they beat the Lions at home. The omens are good for them in that regard but the Crusaders under Robertson are a totally different fighting force.

A surprise win here for the Hurricanes will mean that they will need the Waratahs to beat the Lions for them to host the final. The defending champions though are a difficult side to beat‚ let alone keep up with. It is also worth remembering that the Crusaders haven't lost a playoff game at home since 1998. That’s 19/19.

The Lions are in form and that can't be disputed but the Waratahs seemingly have a knack of winning matches they have no business doing so and vice-versa.

They soiled an opportunity of a home semi-final when they lost at home to the Brumbies in the final round of league fixtures but turned around a deficit last week to beat the Highlanders. Which shade of the Waratahs will rock up at Ellis Park is not quite known but clearly‚ they're a dangerous outfit.

They're also not the best of Highveld travellers recently but the Lions once threw away a game against the Blues.

The Lions can play a bit but they can't be trusted. The one thing Swys de Bruin's side does have against the Waratahs is a win this season and a comprehensive one at that in Sydney (29-0).

Most importantly‚ the Lions just need to keep a clear head and ensure they seal a date with the New Zealand side they'll have to face in the final.

Sixteen is the magic number in Super Rugby‚ and it’s not to do with the optimum amount of teams in the tournament.
Sport
3 years ago

Why the Lions will be the Hurricanes' biggest supporters this weekend

The Hurricanes will go into their Super Rugby semi-final against the Crusaders in Christchurch with all the well wishes the Lions can muster.
Sport
3 years ago