Crusaders injuries give Lions a glimmer of hope 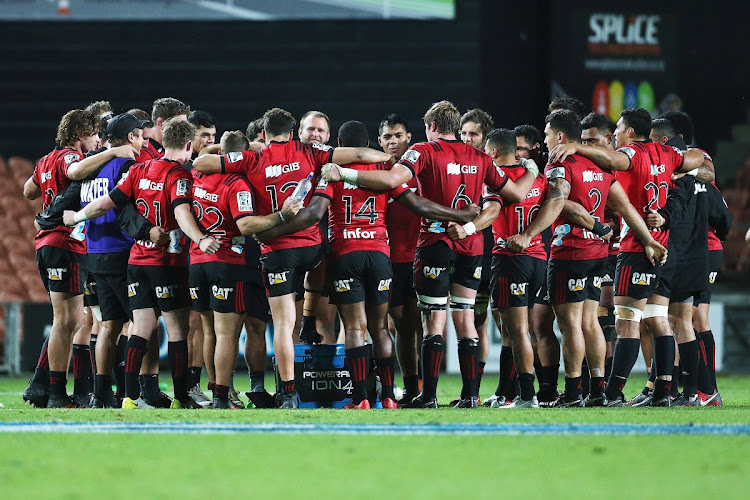 The Crusaders in a team discussion ahead of their Super Rugby semifinal win over the Hurricanes on July 28 2018 in Christchurch to set up a final meeting with the Emirates Lions on Saturday August 2 2018.
Image: BNZ Crusaders/Twitter

Despite the odds being stacked against the Lions for Saturday’s Super Rugby final against the Crusaders in Christchurch‚ there are some potential problems for the home team.

Injuries to three hookers mean that the Crusaders will be coddling All Black hooker Codie Taylor in training this week in order to preserve him for the big game.

Newcomer Seb Saitaga broke his arm minutes after taking the field during last weekend’s 30-12 semi-final win over the Hurricanes‚ which has obviously ruled him out of the final.

The defending champions have already lost Ben Funnell (knee) and Andrew Makalio (calf tear) during the campaign and are likely to bring in Sam Anderson-Heather for the final.

Anderson-Heather played six minutes against the Blues two weeks ago‚ which is only Super Rugby experience.

Set pieces will be crucial in the final‚ so Taylor’s health and ability to possibly play the full 80 minutes is going to be critical to the Crusaders‚ especially when you consider the impact Lions hooker Malcolm Marx makes.

Marx is in sensational form and is the best hooker in the world right now.

Taylor is a similar player to Marx with his ability to carry and compete for possession on the deck.

The Crusaders will also be without All Black flank Jordan Taufua‚ who also broke his arm against the Hurricanes last week.

The injury has ruled him out of the Rugby Championships.

“Unfortunately for me that’s my season on the field done‚’ Taufua wrote on Instagram.

“Pretty gutted to not be able to run out with my brothers for the final but will be a loud and proud supporter off it!! One more to go.”

Collectively the Lions will look to their rolling maul‚ which yielded two tries for Marx during their 44-26 semi-final win over the Waratahs last week‚ to give them momentum and scoring chances in the final.

Flyhalf Richie Mo’unga was instrumental as a dominant and clinical Canterbury Crusaders side beat the Wellington Hurricanes 30-12 in a Super Rugby ...
Sport
3 years ago

Early forecasts are for rain during the final‚ making the maul an even more vital weapon for the Lions if the conditions require a tight approach.

The Crusaders of course‚ have taken note of the Lions’ go-to move and are hatching plans to combat the maul.

"The maul is a real momentum changer for them – not just with tries but also getting them field position when they were under the pump a little bit at the start of that game‚" Crusaders and All Black flank Matt Todd said.

Sixteen is the magic number in Super Rugby‚ and it’s not to do with the optimum amount of teams in the tournament.
Sport
3 years ago

"You have to stop it before it gets set-up. They are big men and obviously work well together. Don't give them opportunities‚ especially down our end.

"There needs to be urgency to get in an nullify it (the maul)‚ I guess."

Substitute tighthead prop Mike Alaalatoa is also in doubt for the final.

He tweaked his back and we will know in the next 24 hours how bad that is‚ that’s all we know at this stage‚” said Robertson.