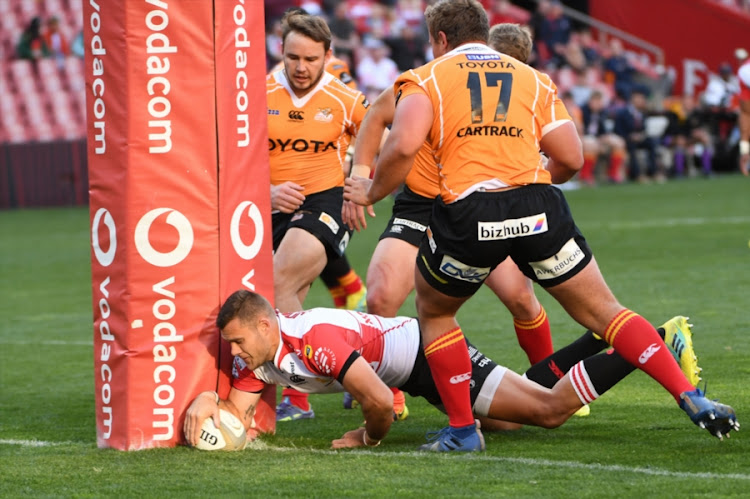 When a lion and a cheetah face off in the wild, there's only ever one winner and that scenario played out in its rugby form in Doornfontein.

A Free State Cheetahs side carrying too many passengers were thoroughly routed 47-14 by the Golden Lions.

In a game like this one, it's difficult to draw conclusions on how good a side really is but the Lions with their dangerous backline have to be taken seriously.

The Lions remain unbeaten in the competition with three consecutive wins while the Cheetahs are rooted to the bottom log with two points from four games.

When the hosts took a 33-0 half-time lead, it was always going to be a case of damage limitation for the visitors.

They were found wanting in every department and more importantly, the Golden Lions exercised a fair amount of patience.

Mahuza added his second in the 19th minute while flyhalf Shaun Reynolds twice crashed over from close range in the 16th and 34th minutes.

The Lions though lost Madosh Tambwe to an ankle injury just before half-time after colliding with Greeff but that didn't disrupt the Lions' rhythm.

The Cheetahs were a far better side in the second half and scored through Louis Fouche in the 51st minute.

Rudy Paige helped press home the unending endeavour the Cheetahs were undertaking when he scored in the 61st minute.

When the cold eventually descended, the Cheetahs also slowed down to allow the Lions a sixth try through Howard Mnisi in the 75th minute.

A Lions Currie Cup match this season isn't complete without a Hacjivah Dayimani try, which he dotted down in the 79th minute.

Tepid Boks go down to Australia in Brisbane, face mountain to climb against All Blacks

South Africa’s poor record on the road continued as they suffered a 23 - 18 loss to Australia during their lively Rugby Championship clash at the ...
Sport
3 years ago

Scrumhalf TJ Perenara scored a try in each half as the All Blacks were pushed all the way by Argentina but held on to win their Rugby Championship ...
Sport
3 years ago