Hookers pivotal to Springboks versus All Blacks clash 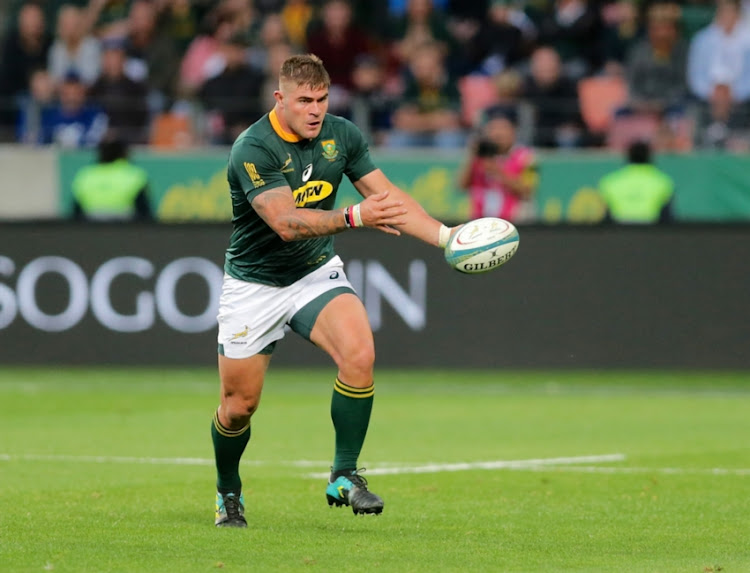 The fact that hookers Malcolm Marx and Codie Taylor have been put up for interviews ahead of Saturday's Springbok-All Black clash at Loftus Versfeld speaks volumes about their importance.

Marx's contributions can't be understated even though at times his lineout throwing let's him down.

For Taylor‚ the stepping out of Dane Coles's shadow was all the more important considering how the Hurricanes hooker has played a role in the revolutionising of the No.2 role.

Hookers didn't just have to be close quarter combat warriors‚ but needed to be multi-skilled athletes who's scrumming and throwing boxes still needed thorough ticking.

While Coles remains on the sidelines due to head injury issues even though a return is imminent‚ Taylor has not only just flourished for the All Blacks‚ but is an integral part of a Crusaders side that has won back-to-back Super Rugby titles.

As classy as Coles has been since he replaced Keven Mealamu as the All Blacks' premier hooker‚ Taylor has made all the right playing moves.

The starting spot is no longer guaranteed for Coles when he does return and if he does‚ the All Blacks will be in a healthy competitive space at hooker.

With Mbongeni Mbonambi‚ Mahlatse “Chilliboy” Ralepelle and Siyabonga “Scarra” Ntubeni asking all the right questions at Currie Cup and Super Rugby level‚ Marx has stepped up his game a notch.

During the successful England series in June‚ Mbonambi‚ who played little rugby earlier this year due to appendicitis‚ showed there’s life after Marx with a series of performances that breathed life into the Springboks.

When Marx recovered from his groin injury to feature in the Lions’ run to their third consecutive Super Rugby playoffs‚ whatever whispers there were in regards with Bismarck du Plessis’s return to the Springbok fray abated.

Writing about Marx’s strengths is rightfully well-worn at the moment but worth revisiting for those who don't follow rugby. In short‚ he’s an agile battle tank of a rugby player who also doubles up as a breakdown barnacle.

What makes Taylor and Marx important to their teams’ causes boils down to the significance of the line-out as a point of attack.

It was the Springboks under Jake White who made the line-out a focal point of attack with Victor Matfield and John Philip “Bakkies” Botha.

They took it a step further under Peter de Villiers with the same locks and the All Blacks added their touch of physical finesse when Sam Whitelock and Brodie Retallick emerged as world-leading locks.

The hookers are the fulcrum of that success and when the line-out falters the team comes apart at the seams.

In their victories against the Wallabies‚ both the Springboks and the All Blacks targeted the Wallaby line-out with a high degree of success.

The modern hooker isn’t outspoken and their position doesn’t allow them to be that way. They’re the type who let their rugby‚ teammates or coaches do all the talking for them.

Ryan Crotty was smart enough to bat for his teammate and most‚ if not all the Bok players would do the same for Marx.

They are the centrepiece on which their teams hinge and their contest is one that will set the World Cup ball rolling.

The talk is not on the World Cup currently but there’s the contest within the contest where the hierarchy has to be established. Saturday can’t come any sooner.