Springboks give the All Blacks plenty to think about 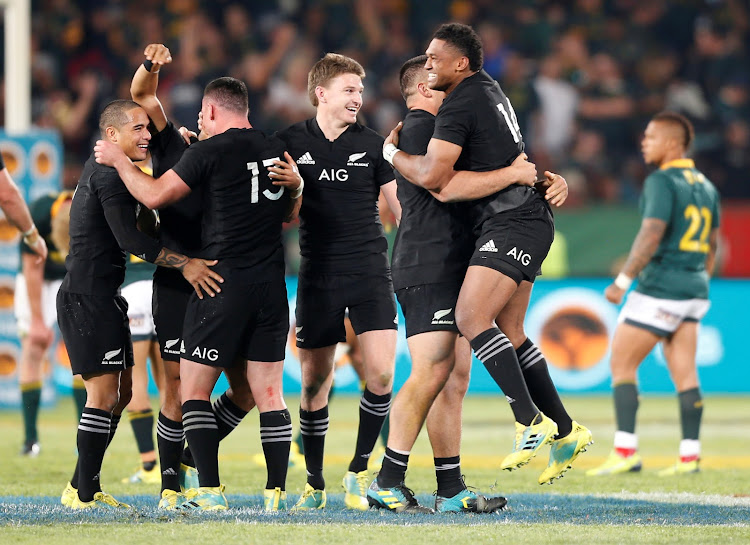 Despite their disappointing finish the Springboks gave the All Blacks much to mull over in their 32-30 Rugby Championships defeat at Loftus.

The All Blacks came from 30-13 down to snatch the win but it is the effort that the Boks delivered in the first hour that would have planted some doubt in Kiwi minds that they aren’t dead certs to win next year’s Rugby World Cup in Japan.

“I think back to the last World Cup and we snuck home by two points‚” recalled Hansen.

“On the day South Africa could easily have won that game. It is about how you respond on the day‚ how you turn up and the challenges that come‚” said Hansen.

Captain Kieran Read noted that the Boks had been more than worthy adversaries of late.

“They showed that they are a very capable side‚” said Read.

“They showed that last year in Cape Town in a helluva tough game. They always have a side with a great forward pack that gets them moving forward.

“Some smart men like (Handre) Pollard have come into his own as a first five. The attacking threat they have out wide makes us analyse them. They’ve scored some awesome tries.

"They are a team that is going really well and we respect them for that‚” said Read.

Hansen stressed that there were valuable lessons to be learnt for both sides from the Loftus encounter. For his team it is reinforcing certain objectives‚ while for the Springboks‚ it is about developing more ruthless habits.

“What this will do is for young players who haven’t been in that situation before they’ll put their head on the pillow understanding don’t stop believing.

"For the South Africans it will be don’t stop playing and don’t give an inch. Both teams will get plenty out of it.

“It is just how it happens. They are building a good side and we are trying one too‚” said the All Blacks coach.

Hansen said he was immensely proud of the character his team showed when the cause seemed lost.

“You think back a couple of weeks ago we didn’t manage the game that well. I think Kieran and the leaders can take a lot of pleasure and satisfaction in how they managed this game.

"It could easily have been one that they let go and allowed South Africa to win. They dug in deep and refused to give up. Sometimes when you keep knocking on the door someone will open it and you can get in‚” advised Hansen.