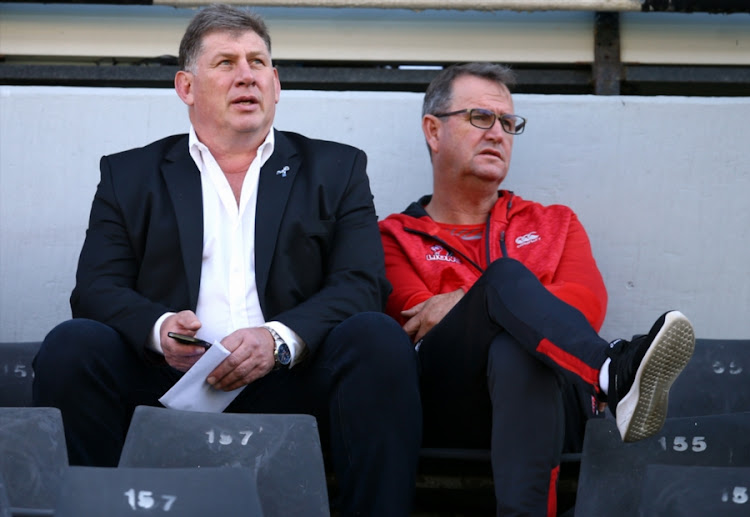 Despite enthusiastic overtures from the Blue Bulls‚ the Lions chief executive Rudolf Straeuli will stay put at Ellis Park.

The Bulls had approached him to apply for the position that will be vacated by Barend van Graan at the end of January next year.

Van Graan‚ who has been involved with the Bulls for 35 years‚ signed a four-year contract extension in 2015 but in June the Bulls announced that they would not offer him another extension.

Straeuli made it clear on Tuesday that he did not throw his hat into the ring for the Bulls’ top job.

“I never applied for that job. They approached me‚" he said.

"I didn’t go for an interview either because I feel whoever applied for the job should go through that process.

"You can’t have someone just coming in from the side and take the job. It would have been a slap in the face of those who had applied.

“I said ‘thank you for asking me’. It is a feather in my cap that they considered me for the position but I feel there are some things that I need to see through at the Lions.”

Straeuli said he needed to bring the amateur arm of the union‚ its professional wing as well as the company that runs Ellis Park Stadium in closer alignment.

“I really need to bring those entities closer together‚” he said.

Straeuli has been instrumental in the resurgence of the Lions first as general manager of professional rugby‚ then as chief executive from in 2014.

He took over after his predecessor Manie Booysen’s contract was not renewed.

At one point the Lions were relegated from Super Rugby and their sponsors left en masse.

The Lions have reached two Super Rugby finals and won the Currie Cup (in 2015) since he took over as chief executive.

Previously he had been commercial manager at the Sharks until John Smit became chief executive.

Straeuli also earned value experience at Bedford in England where as player/coach he helped oversee the team’s return to the top flight after they were relegated.